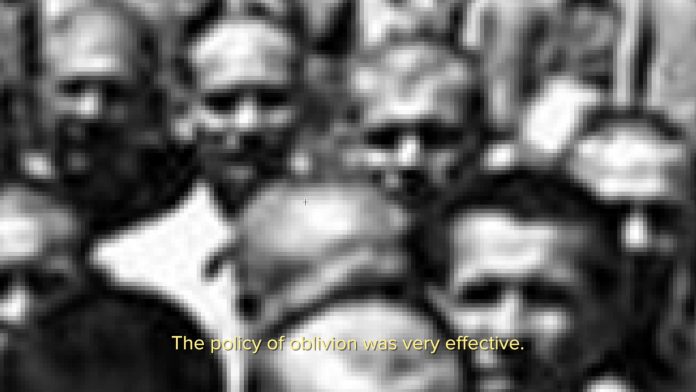 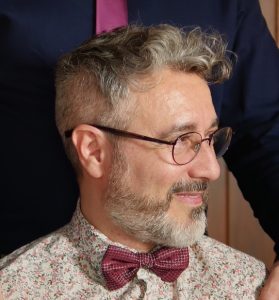 Agustín Ortiz Herrera’s practice is developed in the fields of audiovisual and performance. He is interested in a critical approach that challenges the semantic possibilities of narrative audiovisuals in combination with the research on installation configurations. He uses these means to explore the interconnections among diverse matters such as the intersection in queer theory, the complexities of power relations in colonial contexts, the representation of memory and the dominance of persuasive narrative in audiovisuals. He is looking for strategies that problematize the hierarchies and the automatic positions that are established between the audiovisuals and us, the audience, as well as the subversion of the expectations with the aim of shaking the interfaces and activating a critical attention of the viewer.

Agustín studied Fine Arts at the University of Barcelona and later he studied film at the New School University of New York. After a period as a fiction screenwriter he returned to artistic production after passing through the Master of Fine Arts program at the Konstfack school in Stockholm. He has exhibited his art work in several galleries of Stockholm, Barcelona, Berlin, Madrid, Uppsala and Tromsø. He also participated in the Örebro Open Art Biennial 2015 in Sweden and he was part of several group shows in places such as Centrum för Fotografi, Supermarket Art Fair, Platform Galeri Stockholm, Uppsala Konstmuseet and Konsthall C. He recently completed a period of residence in the Center of Production and Research of Visual Arts Hangar, in Barcelona. He was also selected to participate in the Nordic Studio Residency organized by the Rejmyre ArtLab in 2017. He received the Nils Johan Sjöstedts Award in 2016. In Barcelona he has collaborated with the curating project The Green Parrot in the organization of the events ‘Opavivará!’ and ‘An Oceanic Feeling’ organized by the Antoni Tàpies Foundation.

In the interview, this is the Donna Haraway book mentioned, and this is the father of taxonomy he is researching.