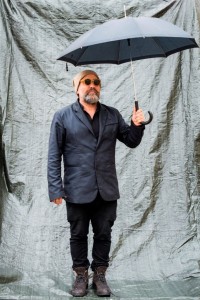 Warren Neidich is a Berlin and Los Angeles based conceptual artist, theorist and writer whose work explores the interface between cultural production, brain research and cognitive capitalism through a variety of artistic materials and processes to create works of political emancipation. These are presented as interdisciplinary installations which combine photography, video, Internet downloads, scotch tape and noise.

Recent publications include The Psychopathologies of Cognitive Capitalism Part 1 and 2, Archive Books, 2011 and 2013. His Resistance is Fertile is forthcoming this spring with Merve Verlag, 2015.

His work has been featured and reviewed in Artforum, Art in America, The New York Times, The Los Angeles Times, Teme Celeste, Time Out, New York, Flash Art Kunstforum International and Springerin just to name a few. Learn more on his website here.  And read about his project American History Reinvented, here.