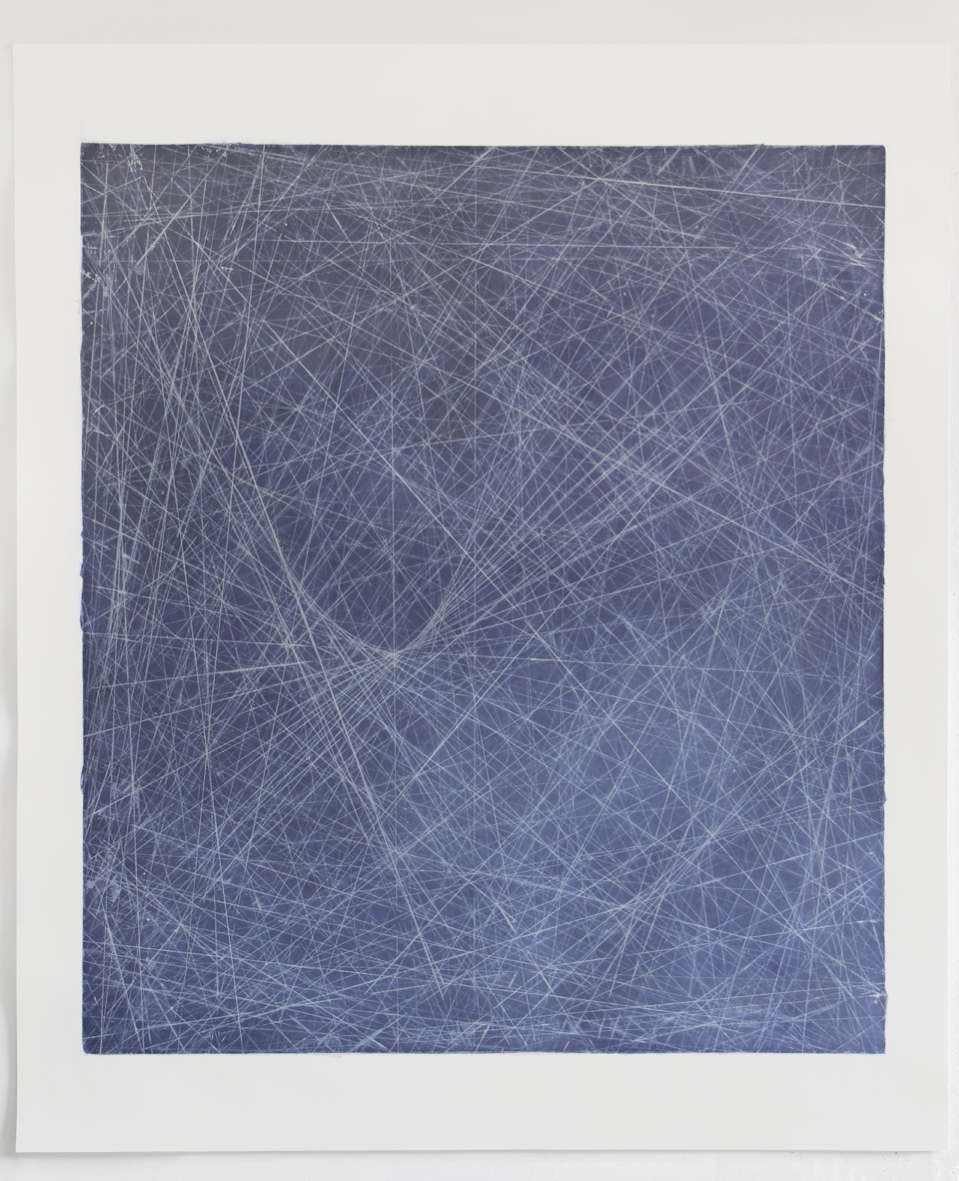 Hansjörg Schneider is a Berlin based artist. Trained in drawing and printmaking at the Muthesiusschule Kiel/Germany and at the Central School of Art and Design in London he started to use large sheets of cut out paper as a material for dividing walls. These installations enabled him to develop his series of architectural paper cut outs. He transformed the facade structures of famous modernist buildings into patterns of cut out paper windows. This series of work can be seen as an attempt to build bridges between art and architecture. Richard Buckminster Fuller once asked: How much does a building weigh? This question seems to serve as an inspiration for turning the iconic history of modern architecture into lightweight paper cut outs.

The current paper work series called „string drawings“ is produced by stretching ink soaked threads from side to side over a big working table and by making the threads hit the paper like guide lines. Each finished drawing marks the final state of this process.

Every drawing consists of an almost uncountable number of lines. Each follows a different concept that sets up the rules for a two-dimensional architecture – with rather strong three-dimensional effects, however.

A close relation to architecture finds expression in a couple of projects and carried out commissioned works for the public space. Working in team with Daniel Lordick parametric design becomes the tool for creating new complex structures that interact with the architecture of new buildings and their often technical and scientific functions.

Hansjörg Schneider’s work has been shown internationally in the contexts of art and architecture. His last show was in Architekturmuseum der Technischen Hochschule Berlin, his next will be in September 2015 at the Gallery Aando Fine Art Berlin, exhibiting the new body of “string drawings”.