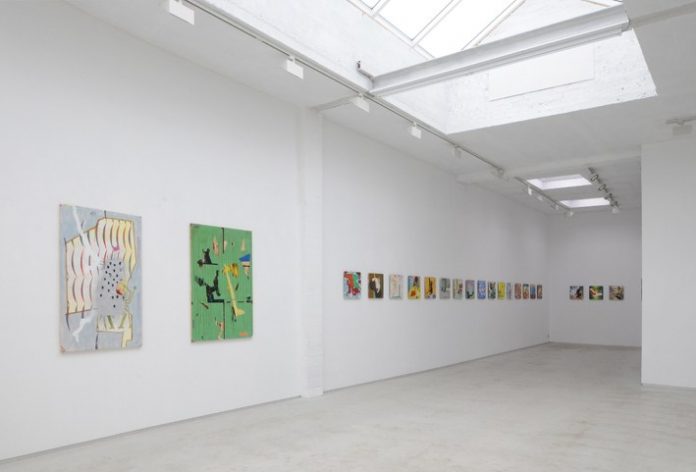 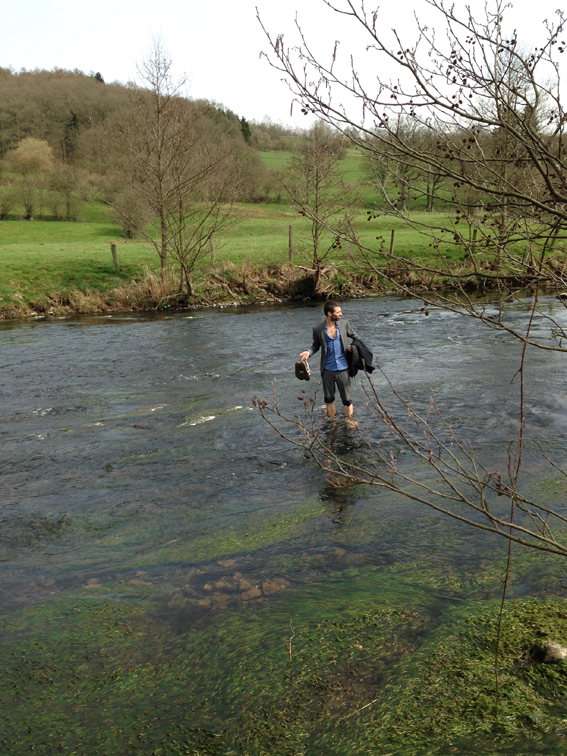 Samuel Vanderveken is a painter from Brussels, Belgium. He was born on August 19, 1982 and ended up in a warm nest in Bonheiden, a small town in Belgium.

After wandering from Bonheiden to Molenbeek, Ghent and Nottingham, for his studies graphic design and fine arts/painting, he ended up in Mechelen, where for several years, he was the driving force behind the artistic non-profit association, Opa Malyn. After a recent residency in Leipzig (Germany), where he lived and worked for a year, he ended up in Schaerbeek (Brussels). He currently lives there in a community house of eight. In his studio in Molenbeek (Brussels) he patiently works on a new series of paintings that will be shown at his Gallery (Kusseneers) when finished.

His practice isn’t about the obvious and repetitive use of the same technique on ever changing subjects, nor does it aspire recognizability. Instead he pursues an intense and deep understanding of the medium of painting, without nourishing the illusion of a final goal. It is rather the road itself, and the energy of the “semper excelsius”, that is his goal. This continuous strive and profound self questioning, gives meaning to an existence that otherwise is absurd and determined: two concepts that are essential in his work. For as diverse in appearance Samuel Vanderveken’s work is, the more convincingly it transfers its message, inspired by the ideas of Camus, Kafka, the world of cartoons and the Taoist philosophy. Life remains an absurd enigma to which none of us know the answer. Just like John Cage, Vanderveken nevertheless prefers “Laughter above tears”.

The mural mentioned in the interview can be see here. Read more in his publication on absurdism, and lastly, I love you all.