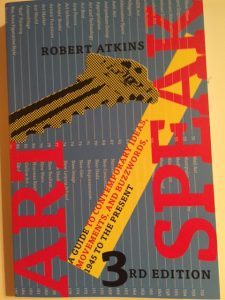 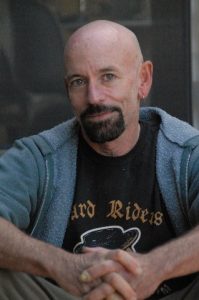 Robert Atkins is an art historian, educator, curator and writer. He grew up in  Los Angeles and attended, as an undergraduate, the University of California Riverside and London School of Economics. He completed his doctoral coursework in art history at UC Berkeley and cut his professional teeth in San Francisco. He moved to New York in 1982 and remained there until his return, twenty years later, to California.

A regular contributor to Art in America and MODERN, he is a former staff columnist for The Village Voice and has contributed to more than 100 publications throughout the world. His most recent book is the anthology Censoring Culture: Contemporary Threats to Free Expression (with Svetlana Mintcheva), which followed the publication of the best-selling ArtSpeak: A Guide to Contemporary Ideas, Movements, and Buzzwords; its modern-art companion ArtSpoke and From Media to Metaphor: Art About AIDS.  A Fellow of the STUDIO for Creative Inquiry at Carnegie Mellon University, he created the pioneering websites TalkBack! A Forum for Critical Discourse for the City University of New York, Artery: The AIDS-Arts Forum, and ArtSpeakChina.org, the first bilingual wiki devoted to contemporary Chinese art and culture.

He is also the organizer of exhibitions at far-flung venues including the Sao Paulo Bienal and New York’s New Museum of Contemporary Art and co-curator (with Tom Sokolowski) of the first international traveling exhibition of art about AIDS. A former board member of the American Association of Art Critics, he is also a founder of Visual AIDS, producers of Day Without Art and the Red Ribbon, and the recipient of numerous grants and awards.  He is currently at work (with Betti-Sue Hertz) on Susan Sontag: Media, Modernity and Morality, a regional initiative, and on two books: The Eternal Frame: Sex and Politics in Recent American Art, a volume of his collected writings; and So You Want To Be An Artist: A Primer for Prospective Picassos and Their Parents.

More information about him is available at www.robertatkins.net.