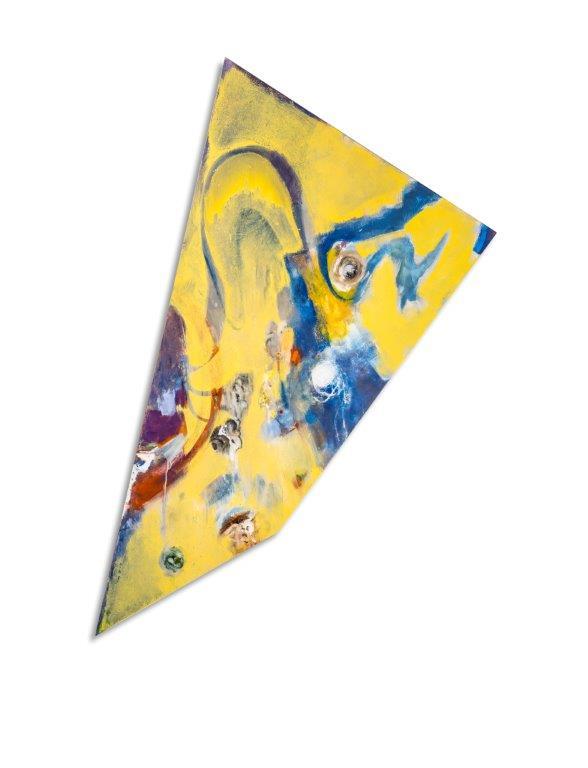 Assunta Sera was born in Ceprano, Italy and came to America when she was eight. She received a BFA at Center for Creative Studies in downtown Detroit in 1980. In 1986, Sera enrolled in the Masters in Fine Arts program at Brooklyn College with a concentration in painting; she was awarded a Graduate Fellowship and completed her studies in 1989. After graduation, Sera established herself in New York with her first studio in Tribeca. During that time she worked as an adjunct professor at New York University, Bloomfield College, and Montclair State University.

Sera moved her studio to the SoHo area in 1996, where she continues her work to this day. Sera has exhibited nationally and internationally since the 1980’s. Her work, which began with the personal, has expanded in an outward trajectory to encompass architectural subjects, aerial landscapes, and images of the cosmos. She has always worked on the divide between realism and abstraction, encouraging their coexistence by focusing on space, color and light. She is recognized for her work as a colorist and unique ability to divide space with both color and form.

After an unexpected visit to the New York Museum of Natural History, a show entitled Passport to the Universe at the Rose Center for Earth and Space initiated a fascination with the interplay of the ideas of modern science and the challenge of representing those ideas in the medium of painting. For the past decade, Sera’s focus has been the cosmos and the asymmetries of the world of matter, the galaxies and black holes. She is particularly interested in the current investigations on dark matter and dark energy.

Using geometrically shaped canvasses and organic forms, Sera’s oil paintings can be seen singularly or clustered. Rather than impose the geometric regularities so often exhibited in modern painting when shaped canvases are used, Sera intuitively explores the known and unknown with organic forms. The end results are complex, colorful, intricate visions. Her work is unique and important. Sera’s recent work was on exhibition in 2016 at a three-person, mixed media show, curated by Michele Perron, at the Center Galleries, Detroit, Michigan. Works on paper using the asymmetric, cosmological theme were exhibited at a solo show at the Hunterdon Art Museum, Clinton, New Jersey.

The book she mentioned in the interview is, McInerney, Terence (2016), Divine Pleasures: Painting from India’s Rajput Courts, New York: The Metropolitan Museum of Art.