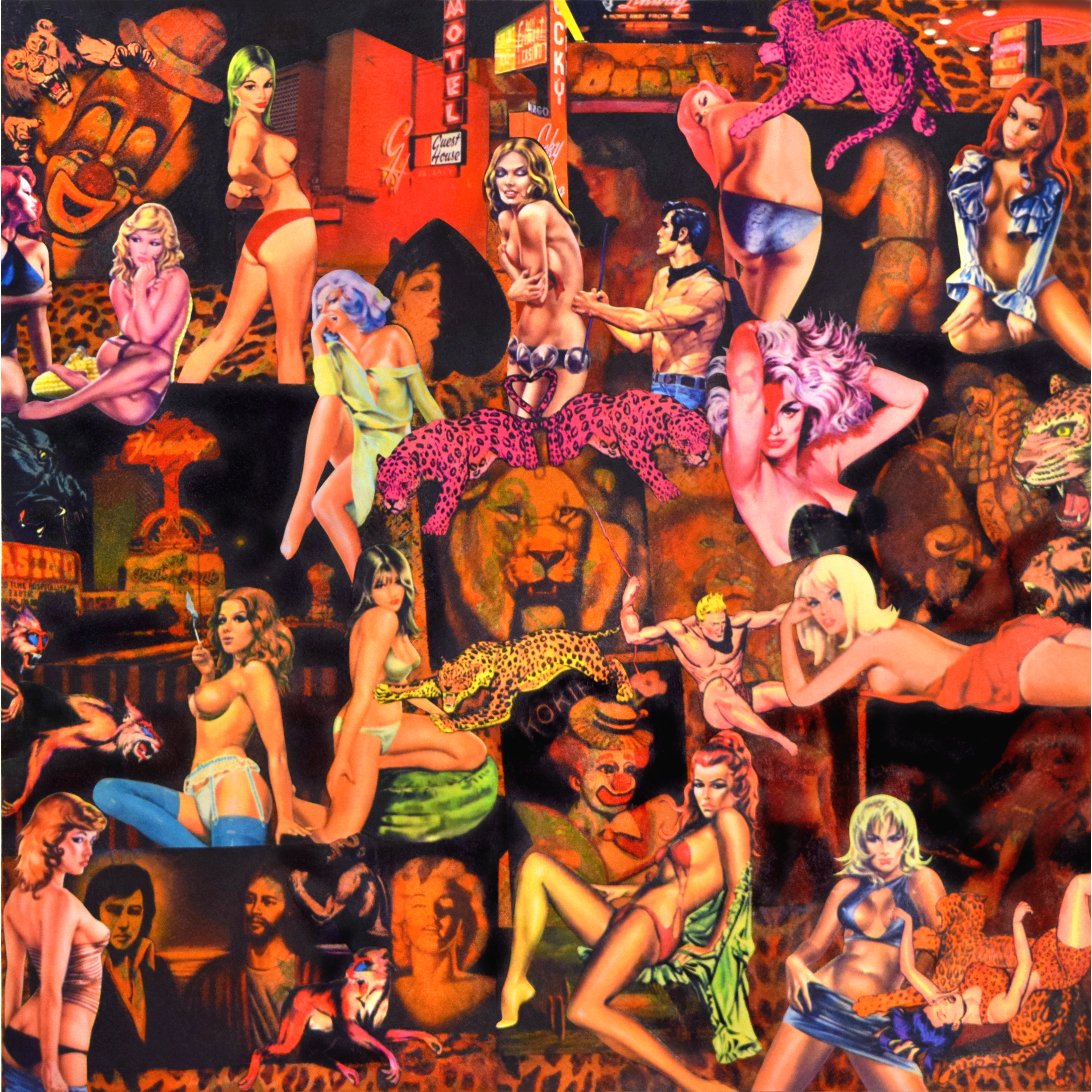 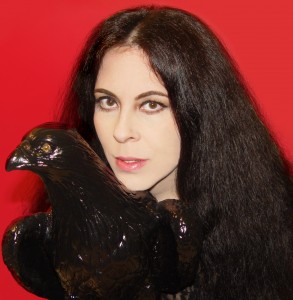 Raven Schlossberg, originally from Santa Barbara, California, lives primarily in New York City, dividing her time and projects between her studios in Brooklyn and California. She studied painting in the BFA program at SFAI, San Francisco, California. She was awarded an AICAD New York Studio Program residency in Tribeca and completed her education at Parsons School of Design – The New School, in New York City.

In Raven Schlossberg’s mixed media paintings and sculptures, most recently exhibited in a solo show entitled Daytrippin’ Nightskippin’ at Pavel Zoubok Gallery in New York City, she envisions an urban environment that is a Technicolor psychedelic dystopia, a sexual wilderness. Inspired in part by sexploitation and horror films, comics, pulp crime, science fiction and punk culture, Schlossberg examines cultural stereotypes, sexual identity and perversion in popular media and digital culture. She deconstructs and re-imagines this imagery through a complex process of manipulation, alteration, drawing, painting, photography, printmaking and collage.

Raven Schlossberg has been exhibiting her collage paintings for over twenty years. She has had multiple solo exhibitions in New York City, Dallas, Berlin, Frankfurt, Bonn, Konstanz, Basel and Paris and has been included in group exhibitions in New York City, Frankfurt, Konstanz, Zurich, Basel, Bonn, Cologne, Rotterdam, Chicago, Seattle, Cleveland, Dallas, Houston and Miami. Her work was exhibited in a solo museum exhibition at Museum Morsbroich in Leverkusen, Germany and has been featured in museum exhibitions at the Norton Museum of Art, Tampa Museum of Art, Daum Museum of Contemporary Art, Katonah Museum of Art, and The Hunterdon Art Museum.

Schlossberg’s work has been included in multiple catalogs and has been the subject of articles and / or reviews in publications such as Art In America, ARTnews, Flash Art, Contemporary Magazine, The New York Times, Time Out New York, New York Magazine, Beaux Arts, Art press, Wohn! Design, and The Frankfurter Allgemeine Zeitung. The show discussed in the interview is at the Haus am Lützowplatz, in Berlin, Germany. Find her on Instagram here.