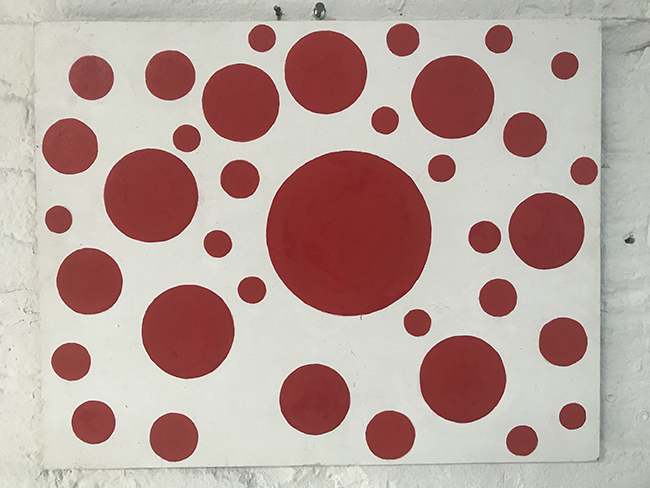 Paul McMahon (b. 1950, San Diego, CA) is a musician, artist, writer, producer, curator, minister, and part-time mailman. From 1972-75, he organized over 30 conceptual and performance art shows at Project Inc., his independently run temporary art space in Cambridge, MA. He has played in bands such as Daily Life and A Band, performed parodic routines in shows such as I’m With Stupid at the Kitchen (NYC, 1977), and duelled one-liner jokes dressed as a giant potato on national TV against Soupy Sales.

McMahon has released ten albums of original music, published two books of humor, and performed as the Rock’n’Roll Therapist since 1980. He received a fellowship in New Genres from the National Endowment for the arts in 1990 and the Center for Curatorial Studies at Bard College acquired the Project Inc. archive in 2010. McMahon graduated with a BA in Fine Art from Pomona College in 1972 and received an MS in Art Education from Massachusetts College of Art and Design in 1975.

He had a Kundalini rising experience in 1988, and in 1993 the Goddess spoke inside his head and told him that he is King of the Universe. He is the proprietor of the Mothership, an everything center in Woodstock, NY, where he lives and works with his twin girls.