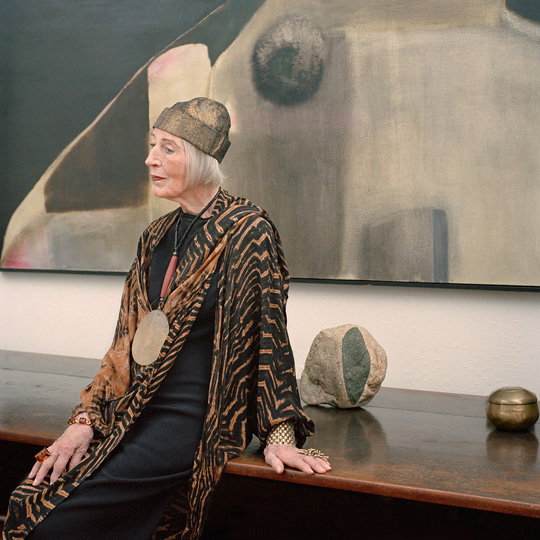 Formerly the photo editor of the New York Times Sophisticated Traveler, Esquire, and New York magazine, since 2000 Nina Subin has devoted herself full-time to her own work: portraits from her base in New York City and photographs of sacred places and landscapes around the world.

Her portraits of writers, visual and performing artists have appeared in numerous magazines, newspapers, book jackets, and publicity campaigns.

Her ongoing project, Karmic Traces, has taken her to India, Laos, Thailand, Cambodia, Japan, Iceland, Greenland, Guatemala, and Mexico. It was first exhibited at the Centro de la Imagen, the museum founded by Manuel Álvarez Bravo in Mexico City, and published as book, Rastros kármicos by Ediciones Artes de México. The exhibition, which was selected to represent the museum for the XVI Festival of the Historic Center, traveled in Mexico to the Museo de Arte Contemporáneo Alfredo Zalce in Morelia, Michoacán, and the Centro Fotografíco Álvarez Bravo in Oaxaca. It later opened at the Círculo de Bellas Artes in Madrid. She was one of twelve photographers (along with Ansel Adams, Diane Arbus, and Duane Michels) featured in the group show, “Where We Live,” at the Ringling School of Art in Florida.