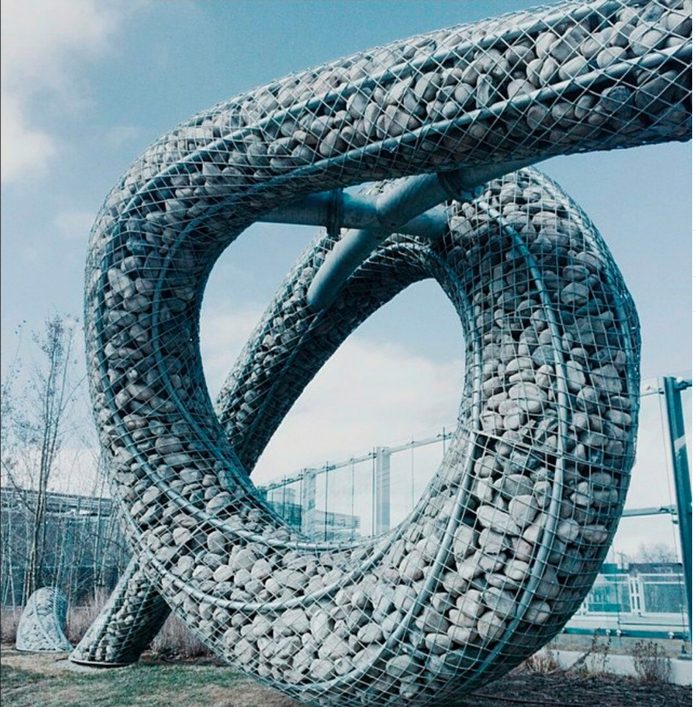 Stephen Glassman Studio (SGS) most recently completed “Flows Two Ways” – the eight-story permanent public sculpture for Bjarke Ingels Group’s North American inaugural project in NYC. The title is a loose translation of the Hudson River’s Native American name Muh-he-ah kun-nuk – “flows both ways” – and serves as a metaphor for two forces that are separate yet connected: the river and the city. It is also an apt metaphor for the 57 West superblock development by The Durst Organization, that transforms the industrial back door out of Manhattan, to the new grand gateway entrance.  A prime directive of the skyscraper-scaled installation is to catalyze an inspiring east facing viewing experience for the tenants of the primarily west facing skyscraper, transforming vertical urban edifice to visual “open space”.

Based in downtown Los Angeles, SGS is the production center of visual artist Stephen Glassman. The studio’s practice is “rhizomatic”— a collective of designers, architects, engineers, specialists, fabricators, and clients engaging in strategies that seamlessly integrate gesture, place, and form to create artworks of scale and social impact.

Glassman first came to international attention while creating large-scale bamboo installations in urban sites devastated in the wake of the Rodney King Riots, Malibu Fires, and Northridge Quake. These works became local symbols of resiliency as well as a springboard for the permanent, large-scale public works he creates today.

Deaf and unable to speak as a child, Glassman seized art as a means of communication and self-expression. Often formidable in scale, the work is noted for how it “dazzles in slow-motion (and) creates a bracing, humanist kind of spectacle … that actually draws the viewer into the frame instead of alienating” (David Cotner, LA Weekly). 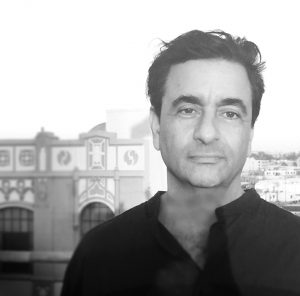 Glassman’s public works have been included in the syllabi of classes at colleges and universities including Vassar, Syracuse, and Bard, and featured in the Lincoln Center Institute’s program on “Aesthetic Education”. Glassman’s design for “Urban Air” — a sculpture that transforms billboards into intelligently networked, floating bamboo gardens – has been the subject of over 21,000 blogs and articles, downloaded over 150,000 times on every continent, and has received over 1,000,000 hits on Google.