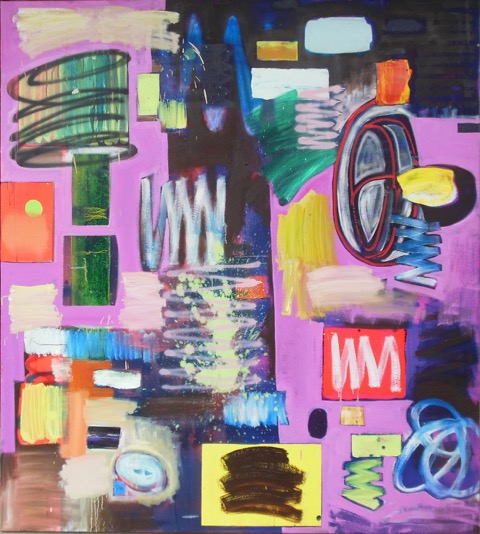 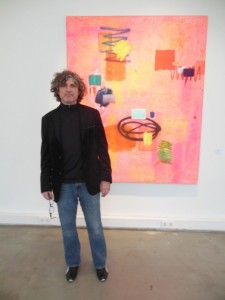 Max Presneill is an artist and curator, originally from London, UK, who moved to Los Angeles in 1997. Currently he is the Director/Senior Curator for the Torrance Art Museum as well as Founder and Curatorial Director of ARTRA Curatorial, an independent and voluntary curatorial projects management team which organizes international exhibition exchanges as well as the MAS ATTACK series of pop-up exhibitions. Previously he was the Founder and Director of the alternative space, Raid Projects, an influential gallery which had an international Artist-In-Residency program (1998-2008).
He has extensive experience nationally and internationally having organized exhibitions for museums, institutes and galleries in the US and UK, the Netherlands, Japan, Germany, Mexico, China, Turkey, Australia, and more, including artists such as Damien Hirst, Chuck Close, Bruce Nauman, Paul McCarthy, Ed Ruscha, Tracey Emin, Shaun Gladwell, Rubin Ochoa,  Albert Ohlen, Steve Roden, Richard Tuttle, Analia Saban, Yoshua Okon, Gavin Turk, and Olafur Eliasson, Gillian Wearing and many others while retaining a primary interest in emerging artists. He is also a contributing writer to the emerging artists section of FABRIK magazine. His curatorial interests are with artist-led projects, emerging art, new models for curatorial methodologies and an international scope for partnerships and exchanges.
As an artist he has exhibited throughout the world including Los Angeles, New York, London, Amsterdam, Paris, Berlin, Vienna, Istanbul, Sydney, Guangzhou and Tokyo. His work has been included in the Istanbul Biennial and the Yokohama Triennial parallel events as well as international museums. His paintings deal with memory, identity, existential states and the possibility of political action through painting.  See more on his website.