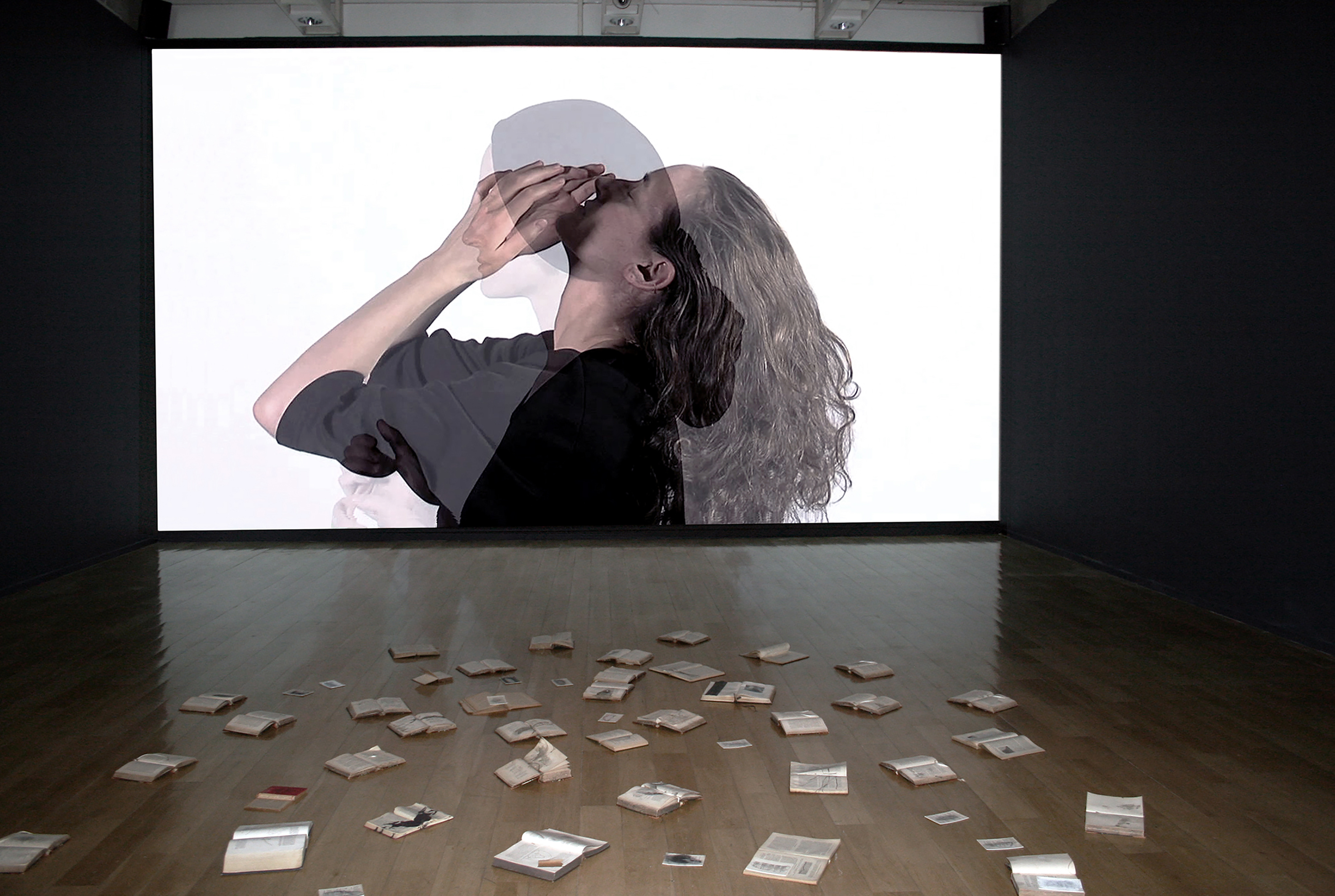 Monika Weiss is a Polish-American artist based in New York City whose transdisciplinary work investigates relationships between body and history, and evokes ancient rituals of lamentation. Her films/video, installations, public performances, photographs and drawings combine minimalist and poetic approach with socially engaged and complex narratives. In the words of British art critic Guy Brett, Weiss “provides an alternative experience of space and time, which is not end-driven but steady and enduring, establishing and deepening a human presence”. Her current work considers aspects of public memory and amnesia as reflected within the physical and political space of a City. Educated originally as a classical musician, Weiss records and composes sound in her films from testimonies, recitations, and musical instruments, including her own piano improvisations, merging diverse narratives together into polyphonic compositions.

An important part of the artist works are public projects, which are ephemeral and site-specific environments. Commissioned by The Drawing Center, her Drawing Lethe (2006) took place at the World Financial Center Winter Garden within sight of Ground Zero, where workers were still searching for remains. Passersby lay down and marked their presence onto the enormous canvas covering the floor, which gradually became a drawing-field. In Shrouds-Całuny (2012), Weiss filmed, from an airplane, local women performing silent gestures of lamentation on the abandoned, forgotten site of the former concentration camp Gruenberg, located in Zielona Góra. Introducing the artist’s performance held as part of the Sensory Media Series at Harvard University (2014), Krzysztof Wodiczko (Harvard’s Professor in Residence of Art, Design and the Public Domain) said of Weiss: “Her focus is on postmemory, a new field in which she is one of the most original artistic pioneers. Not being a proper witness, not being a proper survivor, and not being able to recall the very overwhelming events, Monika Weiss indirectly, on the basis of found fragments of images and encountered sites, chooses to inhabit them performatively through her art. She attempts to do so even if, in her words, they ‘defy narrative reconstructions and exceed comprehension.’ She does so through lamentation, an original, often public, performative, and collaborative form of her art.”

“…The lamentation which this work brings to us is an invitation to consider the mourning process in a more contemporary way: as a transformation whose ultimate result is unknowable. The suffering poetically presented by Monika Weiss shows the lineaments of a history and a political community that are far more complex and demanding than is usually thought, and that are capable of incorporating, rather than segregating, those who have been perennially absent: the victims and the defeated” wrote Adriana Valdes in Lamentation and the Locus of Memory: Monika Weiss’s Sustenazo (Lament II) (2012).

The artist’s work has been shown in over twenty solo exhibitions and numerous group exhibitions internationally and is represented by Galerie Samuel Lallouz, Montréal and Hyphen-Hub, New York, and in public collections and publications worldwide. In 2005, Lehman College Art Gallery, City University of New York, organized and published a survey of the artist’s work to date, Five Rivers, which was reviewed in The New York Times. Her work has been featured at Cisneros Fontanals Art Foundation CIFO, Miami (Forms of Classification: Alternative Knowledge and Contemporary Art, 2007; The Prisoner’s Dilemma: Selections from the Ella Fontanals-Cisneros Collection, 2009) and she was part of Prague’s Muzeum Montanelli (MuMo)’s inaugural show in 2010. Her traveling exhibition Sustenazo, originally commissioned by the Centre for Contemporary Art Ujazdowski Castle, Warsaw (2010), was subsequently shown at Museum of Memory and Human Rights, Santiago (2012-2013); Patricia & Phillip Frost Art Museum, Miami (2014); and Goethe Institut New Delhi (2015). Weiss’ writings have appeared in publications such as New Realities: Being Syncretic (Springer, Wien/New York) and Technoetic Arts (Intellect, London). Born in Warsaw, Poland in 1964 the artist is based in New York City since 1999. Since 2011 she divides her time between New York and St. Louis, where she is currently Associate Professor in Sam Fox School of Design & Visual Arts.

About her new experimental film Wrath (2015), which was recently on view during the Armory Week in New York, the artist wrote: “I invite others to inhabit my films, sound compositions and performances to join me in the space of lamentation, understood as a public gesture. In Wrath my protagonist remains nameless yet is also powerfully present. My work relies on this immediacy of encounter but also on poetry and beauty as a form of language containing a possibility towards political, social and ethical transformation.”