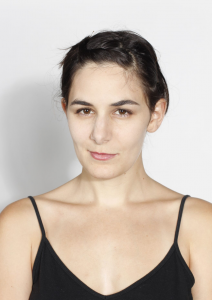 Jillian Mayer is an artist and filmmaker living in Miami, Florida.

Through videos, sculptures, online experiences, photography, performances, and installations, she explores how technology affects our lives, bodies, and identities. Mayer investigates the points of tension between our online and physicals worlds and makes work that attempts to inhabit the increasingly porous boundary between the two.

Mayer’s films have screened at festivals including Sundance, SXSW, Rottenberg, and the New York Film Festival. She is a fellow of the Sundance Institute’s New Frontiers Lab and New Narratives on Climate Change Lab. She is the co-director of Borscht Corp, a non-profit film and art collaborative in Miami, Florida.

Mayer is represented by David Castillo Gallery, in Miami, FL.