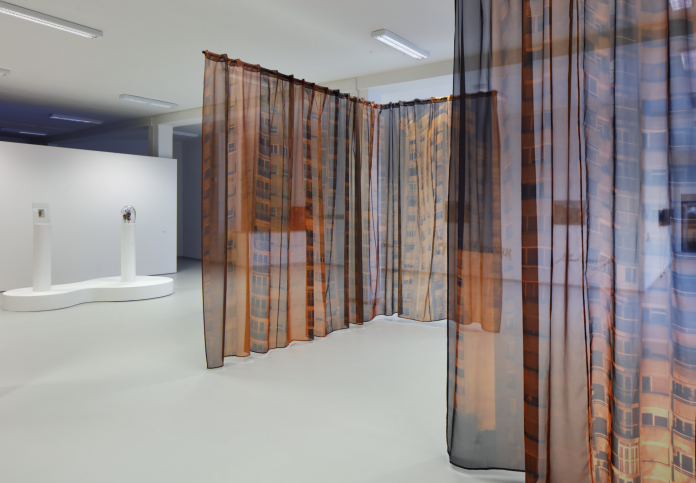 Igor Eškinja (Croatia, 1975.) live and work in Rijeka, Croatia. Eškinja constructs his architectonics of perception as ensembles of modesty and elegance. The artist “performs” the objects and situations, catching them in their intimate and silent transition from two-dimensional to three-dimensional formal appearance. Using simple, inexpensive materials, such as adhesive tape or electric cables and unraveling them with extreme precision and mathematical exactitude within strict spatial parameters, Eskinja defines another quality that goes beyond physical aspects and enters the registers of the imaginative and the imperceptible.

The book mentioned during the interview was Blameless, by Claudio Magris and Fox, from Dubravka Ugrešić