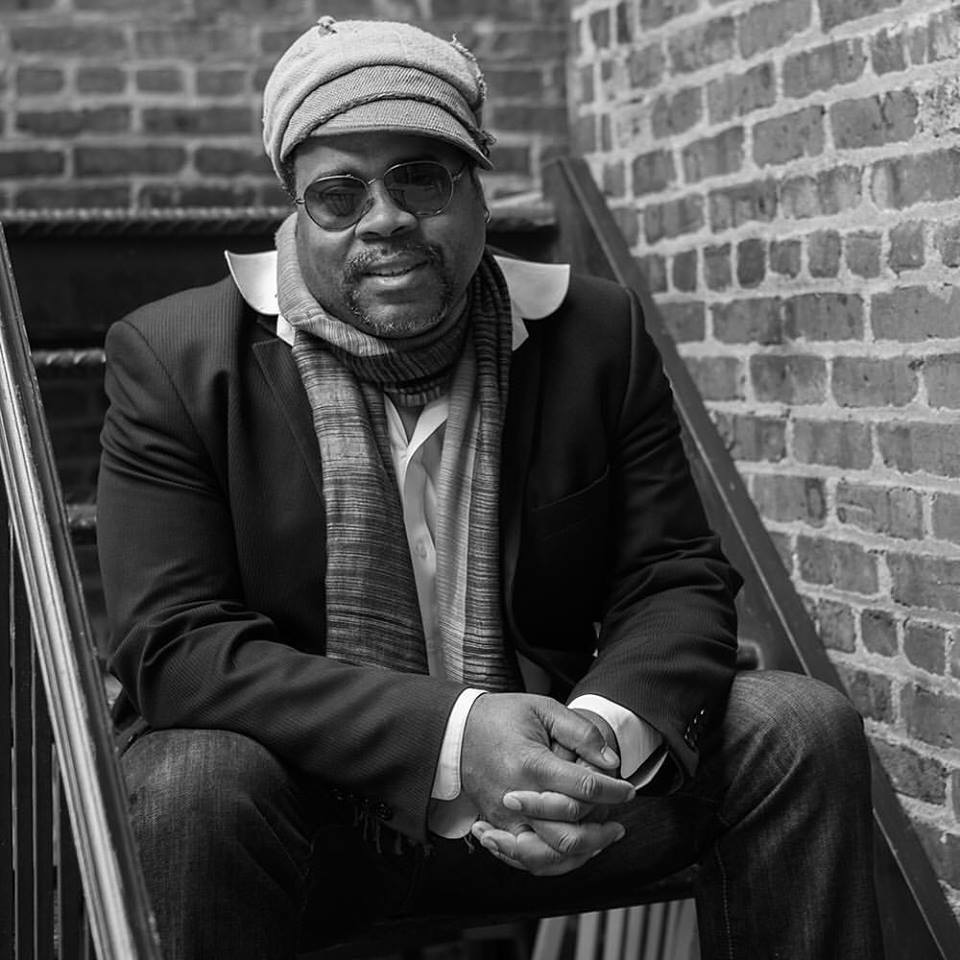 Greg Tate is a writer,musician and producer, who lives in Harlem. From 1987-2005 he was a Staff Writer at The Village Voice. Tate’s  writings on culture and politics have also been published in The New York Times, The Washington Post, Artforum and  Rolling Stone. He has been recognized as one of the ‘Godfathers of Hiphop Journalism’. His books include Flyboy In The Buttermilk, Brooklyn Kings-New York’s Black Bikers(with Martin Dixon), Midnight Lightning: Jimi Hendrix and The Black Experience, and Everything But The Burden–What White People Are Taking From Black Culture  His most recent book was published by  Duke University Press:  Flyboy 2: The Greg Tate Reader. His forthcoming book,Beast Mode: 20 Iconic Gods and Monsters of the Late Twentieth Century Black Atlantic is contracted to FS&G  Since 1999, Tate has led the Black Futurist big band,  Burnt Sugar The Arkestra Chamber who have traveled throughout Europe and The States, and  have released 17 albums on their own Avant Groidd  Records imprint. burntsugarindex.com for more.

The books mentioned in the interview are  Charcoal Joe: An Easy Rawlins Mystery by Walter Mosley and A Brief History of Seven Killings: A Novel by Marlon James and The American Slave Coast: A History of the Slave-Breeding Industry by Ned and Constance Sublette.