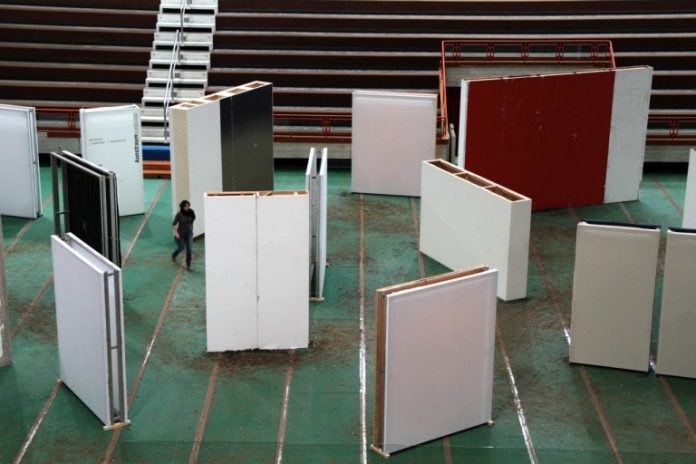 Gabriel Lester was born in Amsterdam (1972). He currently lives and works in Amsterdam. His artworks consist of installations, performances and film/video. Other activities include commissioned artworks for the public space, film directing, teaching and writing.

Lester’s artwork, films and installations originate from a desire to tell stories and construct environments that support these stories or propose their own narrative interpretation. In early years this led to writing prose and composing electronic music. Later, after studying cinema and eventually fine arts, his artworks became what could be typified as cinematographic, without necessarily employing film or video. Like cinema, Lester’s practice has come to embrace all imaginable media and occupy both time and space. The artworks propose a tension span and are either implicitly narrative, explicitly visual or both at once. These artworks seldom convey any explicit message or singular idea, but rather propose ways to relate to the world, how it is presented and what mechanisms and components constitute our perception and understanding of it.

Learn more about PolyLester and How to Act.

Shopot is a performance where musicians play from inside a wall. They wear, as it were, a wall. Performed in Shanghai, Marrakech and Moscow, the work was born from an interest in thinking about the ubiquitous, near constant performances of self we maintain and enact in our networked reality. This sustained performance manifests as the subject always wanting to inhabit the space of the foreground, to be gazed upon. In contrast to this constant management of our profile, this performance attempts to use concealment as a methodology to contradict this trend. Perhaps it also hints at the strange contradiction between the anonymity of the producers of these objects that we use to perform these public selves, versus the innate desire within the selfie to be known, to be recognized.

Cousins consists of 42 walls and wall panels, donated or provided on loan from various art museums and institutions from around the European Union. The walls were installed on the main pitch of an indoor sports arena in Venice. Amplified by the way the exhibition was arranged throughout the building (filling the main pitch, the hallways and stairwells, and amid the seating area of the arena), the visitors observing the work become actors intrinsic to its actualization. Arranged as both maze and stage—people interact with one another and the artwork. Each of the walls has a different pitch or tenor. As in a collage, or perhaps more aptly, a remix using samples, Cousins creates a type of exhibition architecture. Following an on-going strand in my work, it mimics the modality of film but consists instead of edits within space, deliberately creating a mise-en-scène, to guide the observer’s sight, and make visible unexpected views.