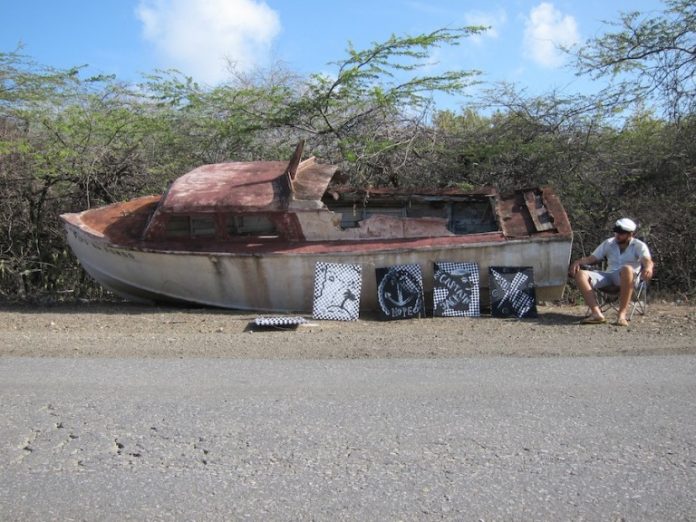 As an art critic I am writing reviews, essays and interviews for several magazines and books. I’ve been doing that since 1998, weekly in a Belgian magazine named Knack, and apart from that in all kinds of art publications in Belgium and abroad.

But I always wanted to write fiction novels too, so I started upon that journey years ago and finally finished my manuscript by now. The story is about the rise and fall of a young artist. Telling his story gives me the opportunity to write about how things work in the (Belgian) art world. Underneath the story lies the conflict between the ones who want to create and those who want to be in control, who want power. I guess I’m looking at that with irony, and sarcasm too, I must admit.

Secondly I’m putting together an group show named Living in Dreams, on the tension between dreams, imagination and reality. I’m doing that together with Frank Koolen, an artist from Amsterdam. The show includes some 25 artists from everywhere and will go on in January, in the city of Bruges (BE). In fact our choices are very personal, and significant for Frank as an artist and for me as a writer. The show that he’s more into absurdism and I’m always looking for drama. The outcome is a bit weird, yet quite funny.  Living in Dreams is a line out of Sputnik Sweetheart bij Haruki Murakami. In his text he says that living is dreams is what we all should do, as much as we can.

The book I was reading was Ancient Sorceries and other chilling tales, short stories by the British novellist Algernon Blackwood. It made quite an impression as it is filled with dangerous yet beautiful ideas, like a village of cat people where you cannot escape, or haunting forest spirits, or a wendigo.

Read more essays on art, some in English, more writings, in Dutch, and writing on the exhibit Living in Dreams, in Dutch & English.