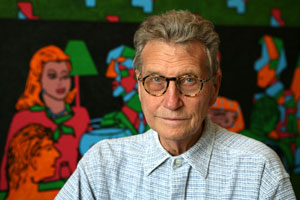 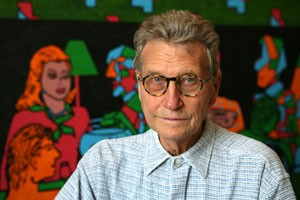 He has also worked outside the art world notably in the Pop music world with David Bowie and the Clash. He is represented in public collections in the UK, USA, France, Israel, Australia, Poland, Portugal, Hungary, Japan, singapore, Cuba, and others.

A Thames and Hudson monograph and a BBC/TV documentary on him are due out in September this year. Click here for more information on that and to preorder a book.