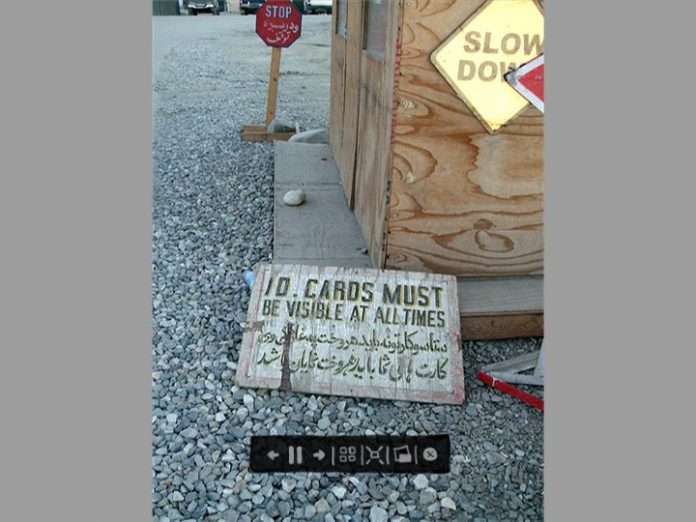 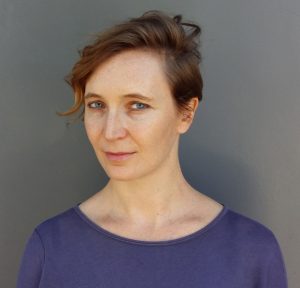 Danielle Adair (b. 1981, Traverse City, MI) is an artist and writer living in Los Angeles. Adair uses performance as her methodology. She produces work via inhabiting particular roles and/or institutions. She is the author of From JBAD: Lessons Learned (Les Figues Press) based on her time as “embedded media” with US Forces in Afghanistan and for which she has created the feature-length video-performance work FIRST ASSIGNMENT. Her work And I Think I Like It., a collection of 13 video-song-poems with associated artist book (Edition Solitude) examines an experience of “artist” within the US presidential election years of 2011-13. Her painting and video installation On the Rocks, In the Land (Pitzer College Art Galleries), and accompanying artist zine with curator Ciara Ennis, analyzes the role of “tourist” in known walled conflict zones, having spent time in Belfast, Ciudad Juárez, Ramallah, and other areas. In 2014 Adair created and premiered the experimental opera Caution Baum with the Staatliche Hochschule für Musik und Darstellende Kunst Stuttgart as part of her ongoing project Caution bomb. Danielle is concurrently working on a nonfiction book that takes as bookends her projects, beginning in 2008 with FIRST ASSIGNMENT through to Caution bomb, which in its final iteration incorporates documentation collected from her time at both the Republican National Convention and the Democratic National Convention, July 2016.

Adair is a California Community Foundation Visual Arts Fellow, a Center for Cultural Innovation – ARC grantee, a recipient of The Louis Sudler Prize in the Performing and Creative Arts, as well as a former Fellow at the Akademie Schloss Solitude (Stuttgart, Germany), Salem2Salem (Bodensee, Germany), Digital Arts Studios (Belfast, Northern Ireland), and I-Park Foundation (East Haddam, Connecticut). Adair carries an MFA in Studio Arts and in Critical Studies from California Institute of the Arts (2007) and a BA with Honors from The University of Chicago (2003).