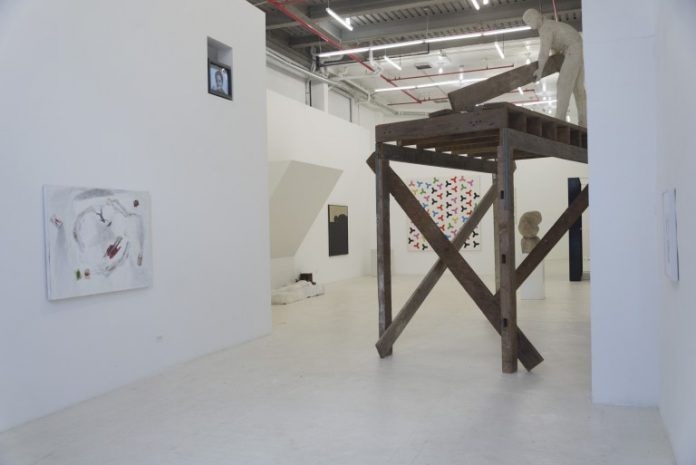 After her studies at the Courtauld Institute of Art in London in 1991/2, Anke Kempkes has worked as an independent curator, scholar and critic in Berlin from 1993-2002. In 2003 she directed The Martin Kippenberger Estate in Cologne, Germany. In 2004 she held the position of Curator at Kunsthalle Basel, Switzerland, where she curated the exhibition “Flesh at War with Enigma” (with rediscovered postwar Polish sculptor Alina Szapocznikow in dialog with four international contemporary artists).

Next to this core engagement for female artists, BROADWAY 1602 also represents other cultural agents and outstanding personalities of the New York postwar avant-garde, such as The Archive of Experiments in Art and Technology (E.A.T.), David Tudor & Composers Inside Electronics (CIE), and collaborations with the The George and Helen Segal Foundation, Robert Whitman and the Robert Anton collection. Since 2010 BROADWAY 1602 represents the Estate of prewar Bauhaus artist and Black Mountain College pioneer Xanti Schawinsky and in 2016 began a collaboration with the family of 1920s stage design avant-gardist Boris Aronson .

Anke Kempkes has contributed to numerous international art magazines, periodicals (e.g. Frieze and Texte zur Kunst) and catalogs. She continues her scholarly work in art criticism, public talks and panels, with focus on feminist art history and critical discourse. In 2009 and 2014 she gave talks at the Museum of Modern Art in Warsaw: “The Incommensurable Contemporaneity of Alina Szapocznikow” and “Maria Bartuszova: Pioneer of Form. The Futurism of Women Avantgardists”. In 2017 she will give a talk at the Xawery Dunikowski Museum of Sculpture at the Królikarnia Palace, Division of The National Museum in Warsaw on Wanda Czelkowska and Rosemarie Castoro: “The Third Gender: Life in the Studio”.