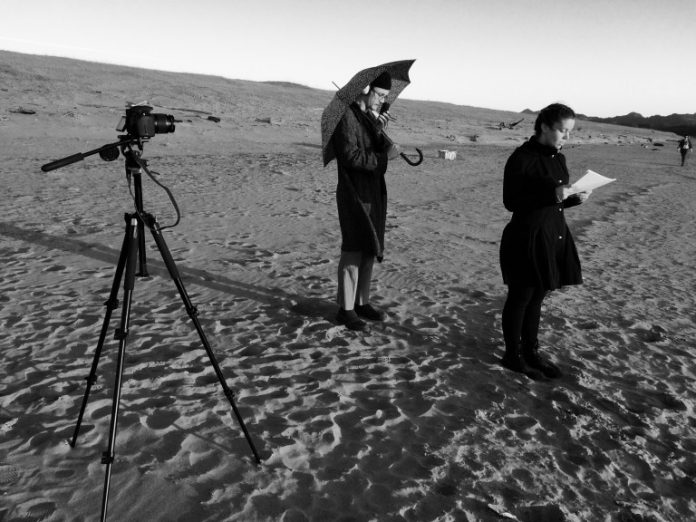 Anne-Marie Oliver is a cultural theorist, photographer, and documentarian, whose projects occur at the intersection of art, religion, politics, and technology. Her work can be found in Critical Inquiry, Partisan Review, The International Journal of Comparative Sociology, and Public Culture, the Bulletin of the Center for Transnational Cultural Studies, the University Museum, the University of Pennsylvania, as well as Salon, The New Republic, and Le Monde diplomatique. She spent many years doing fieldwork and research in the Middle East, collecting and documenting the art, political ephemera, and underground media of the first intifada—work supported by the H.F. Guggenheim Foundation and, later, Harvard’s Center for Middle Eastern Studies. The result of that research was published by Oxford University Press in 2004 as The Road to Martyrs’ Square (with Paul F. Steinberg), and was a Quill Award nominee. She has given lectures at Columbia, Princeton, Stanford, the Carnegie Council for Ethics in International Affairs, the Muriel Gardiner Seminar on Psychoanalysis and the Humanities at Yale, Tufts, USC, and Harvard; and has appeared as a discussant on CNN, National Public Radio, the BBC, MSNBC, Air America, and Fresh Air with Terry Gross. Her current projects address the role of art and aesthetics in the 21st century, particularly in relation to invisible catastrophe; surveillance, proto-surveillance, and the experience of time; and notions of the intervention. She has carried out various art projects, individual and collective, at the Portland Institute for Contemporary Art’s TBA Festival, PDX Contemporary Art, and galleryHOMELAND, among others, and, in 2011, closed out the Visiting Artist Lecture Series at the Mason Gross School of Art at Rutgers. In 2013, she curated the show Infinity Device with Barry Sanders at the Historic Maddox Building in Portland, Oregon. She has taught at MIT, Georgia Tech, and the Hebrew University of Jerusalem, and has served as a guest critic at CalArts, the Tisch School of the Arts, NYU, and the University of the Arts London, among others. Along with Barry Sanders, she founded the MA in Critical Theory and Creative Research Program at the Hallie Ford School of Graduate Studies, Pacific Northwest College of Art, and now directs the Oregon Institute for Creative Research/E4 (Ethics, Æsthetics, Ecology, Education), a new school and research institute.

Barry Sanders’ projects occur increasingly at the intersection of art and activism, and include The Green Zone: The Environmental Costs of Militarism, which Project Censored named one of the top-ten censored stories of 2009, and “Over These Prison Walls,” which invites collaborations between artists and incarcerated youth. He has twice been nominated for the Pulitzer Prize and is the author of fourteen books and over fifty essays and articles, including Sudden Glory: A Brief History of Laughter, Alienable Rights: The Exclusion of African-Americans in a White-Man’s Land, 1619-2000 (with Francis Adams), ABC: The Alphabetization of the Popular Mind (with Ivan Illich), The Private Death of Public Discourse, and A Is for Ox: The Collapse of Literacy and the Rise of Violence in an Electronic Age. His book-art projects include a collaboration with printmaker Michael Woodcock, Fourteen Ninety Two or Three, which won Honorable Mention in the Carl Hertzog Awards Competition for Excellence in Book Design, while his 2002 essay for Cabinet, “Bang the Keys Softly: Type-Writers and Their Dis-Contents,” has been reprinted in Courier (University Art Museum, SUNY) as well as Ghost in the Machine (New Museum). He has given presentations at the Los Angeles County Museum of Art (with Ivan Illich); the J. Paul Getty Museum; and the Portland Art Museum, among many others, and in 2013, curated the show Infinity Device with Anne-Marie Oliver at the Historic Maddox Building in Portland, Oregon. He was the first to occupy the Gold Chair at Pitzer College, where he taught, among other things, the history of ideas and medieval church iconography. Along with Anne-Marie Oliver, he founded the MA in Critical Theory and Creative Research Program at the Hallie Ford School of Graduate Studies, Pacific Northwest College of Art, and now directs the Oregon Institute for Creative Research/E4 (Ethics, Æsthetics, Ecology, Education), a new school and research institute. 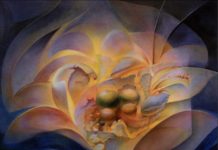