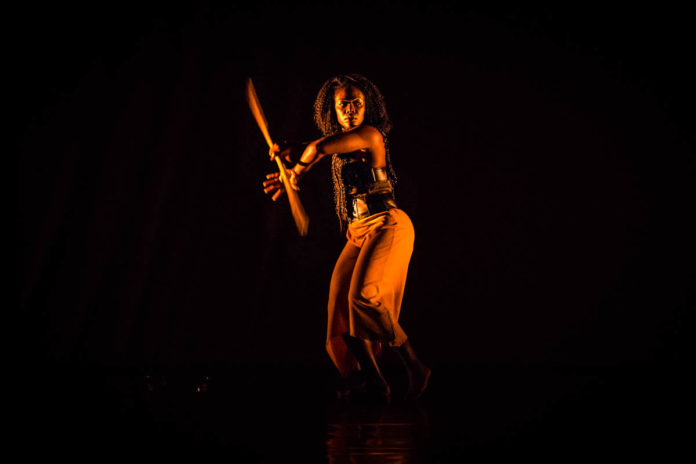 Christal Brown has the distinction of being many things. She endorses a short list of these attributes that includes the titles mother, artist, educator, disciple and coach. Brown is most well known as a dancer and choreographer due to her 20+ year career as a performer and artistic director. Brown describes herself as a person with a servant heart and a workaholic mind, who has used dance to touch and be touched by others. Brown grew up in a small, Eastern North Carolina town, where she frequently accompanied her mother to NAACP, Black Caucus, and community board meetings. This early exposure to social movements and communal responsibility undoubtedly has influenced Brown’s work both on and off stage.

As an undergraduate, Brown studied Dance and Business at the University of North Carolina at Greensboro. Upon graduation, she went on to tour nationally and internationally with companies such as Urban Bush Women, Bill T. Jones, Chuck Davis, and Liz Lerman before founding her own company, INSPIRIT.

Brown has served as the Founding Artistic Director of INSPIRIT for 16 years. During her tenure Brown developed curriculum for the New York Department of Education, choreographed over 75 performance works, created the Liquid Strength training module for dance, and the Project: BECOMING, self-development program for women and girls.  While developing INSPIRIT Brown completed her MFA in New Media Art and Technology at Long Island University and joined the faculty of Middlebury College in 2008. At Middlebury, Brown serves as an Associate professor  of dance, the current chair of the Dance Program and former Faculty Director of MiddCORE.

Her dance career has continued to thrive in performances with the Bebe Miller Company, and her most recent choreographic works; The Opulence of Integrity and What We Ask of Flesh. Brown’s newest manifestation of love is Steps and Stages Coaching, LLC; where as a Life Mastery™ Consultant, certified by the BraveThinking Institute, Brown is able to coach, facilitate, and inspire other to pursue their dreams and create a life they truly love living.