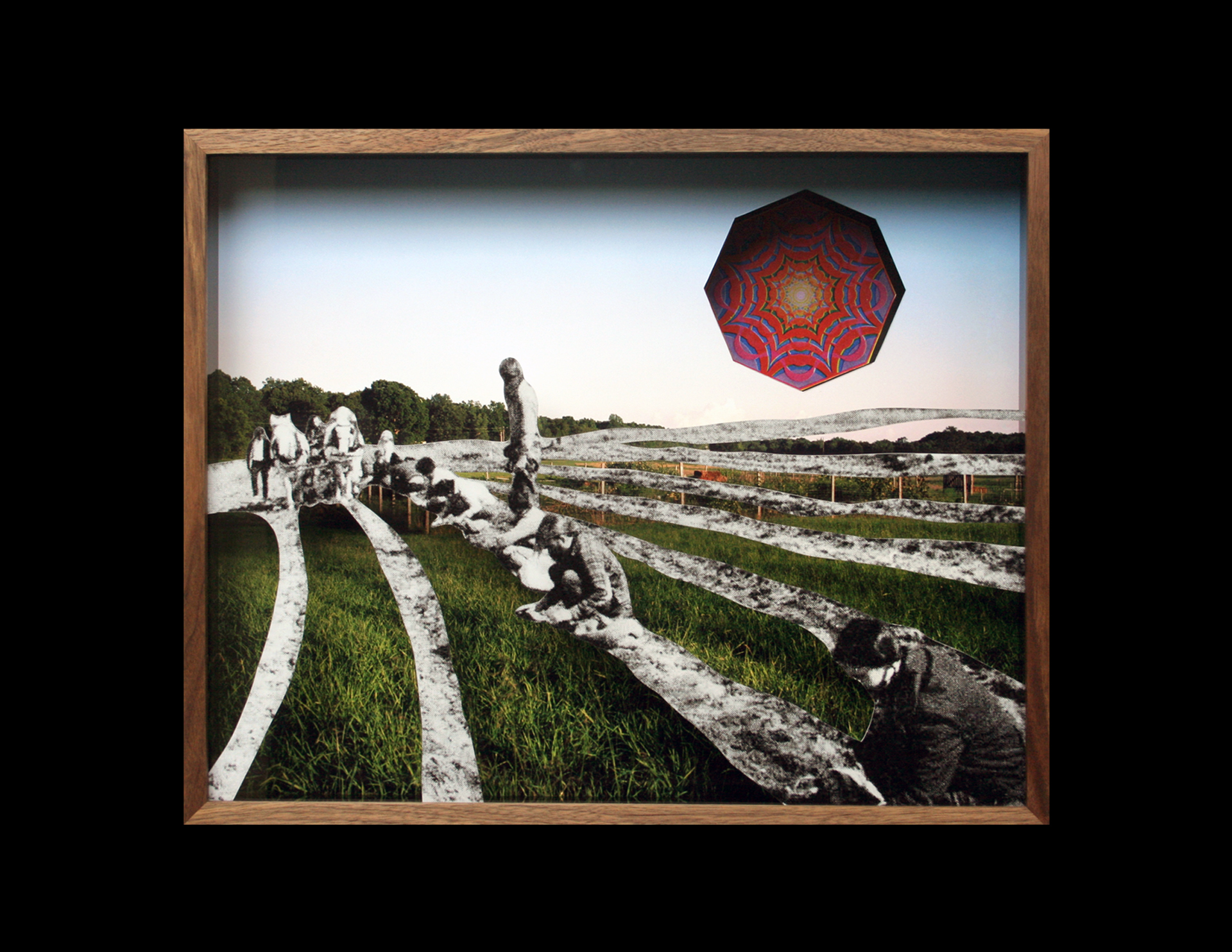 Cathy Akers is an artist based in Los Angeles. Her multi-discipline practice spans photography, painting, sculpture, ceramics and installation.

Her art investigates a fundamental aspect of human nature—the desire to create a more perfect society. This exploration has led her to research communes founded in the 1960s and to begin to develop a series of collaged photographs of one particularly influential, but short-lived, commune, Morning Star Ranch in Northern California.

To expand her research, she visited several communes across the country in 2012 (including Black Bear Ranch, Alpha Farm and The Farm) with support from a travel grant from The School of the Museum of Fine Arts, Boston and developed a series of collaged photographs investigating the history and present reality of the communities that she visited. Akers’ work been exhibited in a solo shows at Emma Gray Headquarters and Honor Fraser Gallery, both in Culver City, CA, as well a group shows across the U.S. and in Poland, Germany, Israel, and the U.K. In 2007 she received an Artists Resource for Completion Grant (ARC) from the Durfee Foundation in support of her exhibition in April 2008 at Honor Fraser Gallery.

Her work was reviewed by Christopher Bedford in Art in America in 2009 and by Holly Myers in The Los Angeles Times in 2008. Her watercolors were recently featured in The New Delta Review and a selection of her Pee Performance photographs were included in issue #13 of Musee Magazine. She graduated from the California Institute of the Arts with an MFA in Photography and Media in 2006, and from The School of the Museum of Fine Arts, Boston, with a BFA in Photography in 1996.