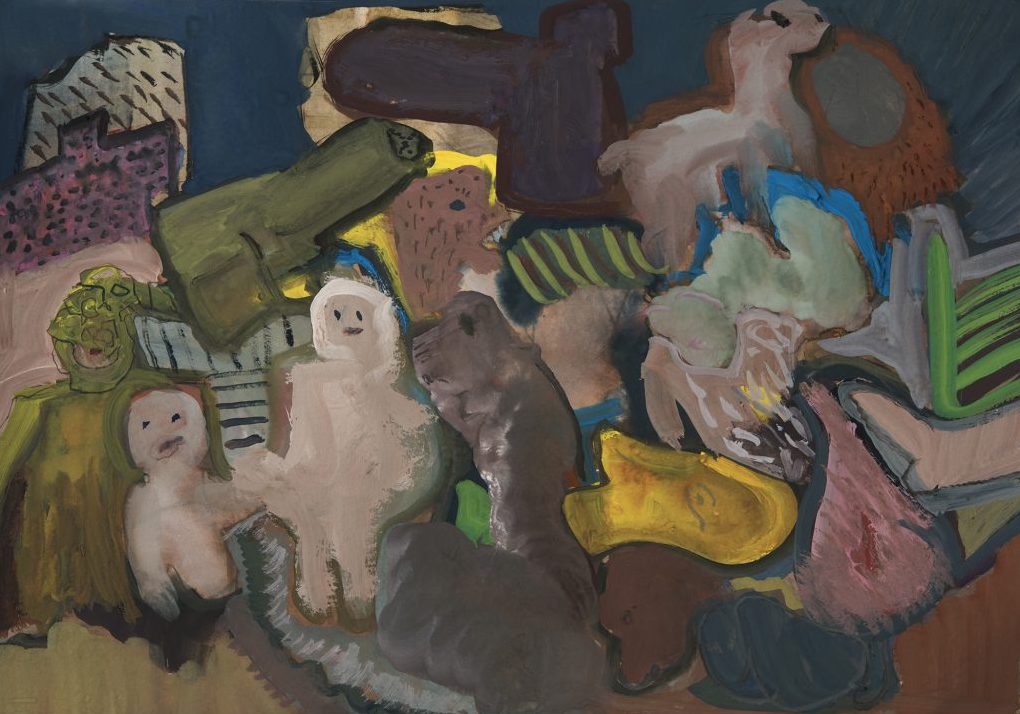 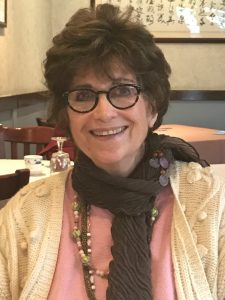 Bascha Mon was born Nov. 3rd 1932 in Newark, NJ.  She was a lonely only child, a tomboy with dark hair and braids that boys loved to pull . She lived on High St. (now Martin Luther King Boulevard). From 5th grade on, she traveled by buses to schools on the other side of the city where she was not welcomed and had no friends.  She lived in a part of the city that was not acceptable to the parents of her school- mates. This was her first experience of being segregated, not by her Jewishness, but by class.  From a very early age she lived in her imagination and books.

She never dreamed she would become an artist, but wanted to be an actress and live other lives on the stage.  To that purpose, she attended dramatic classes in NYC.  In High School she fell in love with the French language and decided that she would major in French and Spanish literature at Skidmore College.  Bascha was scheduled to attend the Sorbonne in Paris during her Junior year.  This never happened because she was a romantic who had fallen in love and eloped with her High School sweetheart at the age of 18.  When 19, she had her first son. From that point on in her life all her efforts and accomplishments had to be realized in the context of a mother.  Her early dreams were subverted by reality and she taught elementary school for 5 years. Although she found teaching stimulating, by the time her 2nd son (to another father) was born 10 years later, she realized that teaching elementary school was not the path she could follow for a lifetime.  Thanks to the intervention of a loving neighbor, she was encouraged to follow a new dream – to learn how to use color and become a visual artist.  Her parents provided financial assistance and her older son baby-sat his little brother so Bascha could begin to take painting classes locally with Adolf Konrad.  After several years, he told her that she was too serious for the group he was teaching and that she should be in NY studying with other serious artists.  She took some of the unusual feminist pieces she had created into the city for an interview at an art school.

This proved to be her second major interaction with prejudice – this time because she was a woman, a mother, and lived in NJ.  In spite of praise from Phillip Guston, she was refused entrance to the school on the grounds that no mother from NJ could possibly be a serious artist. Although she did not know this at the time, she was accumulating experiences that would eventually prepare her to understand the plights of many who for multiple reasons were found unacceptable to follow their bliss.  Eventually, she found her way to the Art Students League where she finally met other artists, all younger and much more experienced and knowledgeable. This was a fraught experience combined with the intense friction and disapproval of her husband and many neighbors.  In the late ‘60’s her behavior was outside of the pale of suburbia. When the riots came to Newark, her parents lost their store and the ability to offer her financial help. She no longer recalls the names of all the artists who came to her aid, but rules against giving a scholarship to a married woman were set aside and she received one.  After 4 1/2 years of commuting and studio classes, her final teacher, Rudolf Baranik convinced her that she was ready to be a painter in her own studio.  From 1971 onward, she slowly began to exhibit and become a real painter.  She met others in the Women’s Caucus for Art and became a strong feminist, but her work came from another place – at first an interior landscape based on feelings, touch and color.  Her first sense of recognition as a woman who was an artist was provided by Lynn Miller in 1975. Ms Miller curated a series of exhibits of women artists at Douglass College in New Brunswick, NJ.  In 1972, a move to the country had opened Bascha Mon to the deep beauty of nature.  The open fields and pond viewed from her windows looked like bands of textured colors.  These started as small works on paper using color pencils, oil pastels and wax and were the beginning of her professional exhibition career.  A solo show at Lee Ault Gallery on 77th st and Madison Ave proved a launch pad for coverage by major art magazines and introductions to many artists.  Unfortunately, Lee Ault closed his gallery within 2 years.

Bascha had never understood the business side of the art world and assumed that other galleries would just pick her up.  She did not follow through and never again was represented by a high quality gallery, though she continued all through her career to exhibit at museums and non-profit spaces.  Her work ranged widely from paintings influenced by travel, such as the 15’ wide painting based on a trip to France, now owned by the Newark Museum to the print that won an international award that took her to Japan in 1991.  That Japanese trip changed her art life for many years as she began to create installations using sculpture, photographs and fabric before installations had become widely acceptable.  She seemed to always be out of sync with the current market.  This early work is not represented in her web site.  You may view varied works made since by clicking here.

The web site has not yet been updated with the 2016 work discussed in the Yale Radio interview: NEW LAND.  In the interim these photos without their titles may be viewed here. The titles are a very important part of the project but the web site update is not yet ready.

Since Bascha Mon speaks extensively in the radio interview about the NEW LAND project and the Flags for the New Land by invited artists: https://www.facebook.com/BaschaMonFlags/  I will not discuss that project here.  Except to add that Facebook has played a major role in the evolution of this ambiguous project. The link to Bascha’s personal Facebook page is here.

In the interview, Bascha neglected to explain that so many artists and flag makers interpret this work not only as a story of the disenfranchised migrants, but as personal commentaries on their own problems and lives.  Many have shared with her intimate stories relating to themselves and their families and how her paintings provided a direct link to their lives.  Some have even told her that the work gave them a way to return to painting themselves.  Bascha Mon is very honored by the trust given to her and regrets that she omitted this from her interview.

Ms Mon’s  CV is linked to her web site but there are some new honors not yet listed:  Ann Landi wrote about the  overturned boat: 500 MIGRANTS RESCUED—DO THEY SURVIVE IN THE NEW LAND? Sunday June 5th. 2016 gouache on paper 8 1`/2” x 12”.

Steve Gibson posted about Bascha Mon on his blog here.

Some of my past honors include many solo and group shows; a recent catalog from “Mountains, Barriers and Poppy Fields” with an essay by Carl Hazlewood published by Wayne Paterson University – curator, Nancy Einreinhofer.

Bascha Mon received 3 fellowships from the NJ State Council for the Arts in Drawing, Painting and Sculpture; a 2012 grant form the NY Foundation for the Arts; an invitation to be a resident at Brydcliff in Woodstock in 2012.  Some museum collections in which her work resides are: Osaka Contemporary Art Center, Osaka Japan; Newark Museum; State Museum of NJ at Trenton, NJ; Artists’ Library of the Victoria & Albert Museum, London, England; Newark Public Library, Newark NJ (Artists Book Collection).  There are also many reviews, articles, videos and interviews.  Most of these are listed in her CV.

In conclusion, Bascha has been teaching art to adults and late teens since 1995 and continues to this day. (21 years +)   Teaching is a very important extension of her artists’ life.  She loves the opportunity to receive inspiration from younger people and help them to stretch their imaginations and their perceptions of the possibilities of art.