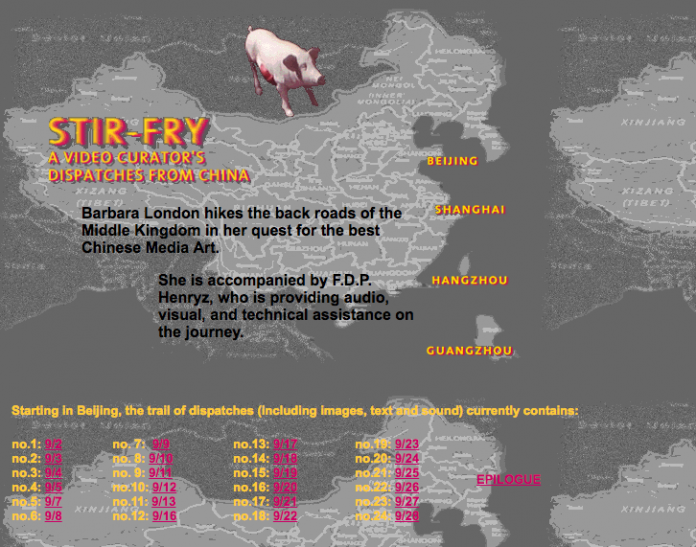 Barbara London is a curator and writer who founded the video exhibition and collection programs at The Museum of Modern Art, where she worked between 1973 and 2013.

Ms. London was the first to integrate the Internet as part of curatorial practice. The projects where she put daily dispatches on-line include Stir-fry (1994); Internyet (1998); and dot.jp (http://www.moma.org/dotjp/) (1999.)

Her teaching includes the Yale Graduate Department of Fine Art (current), NYU Department of Film, Graduate Computer Department, School of Visual Arts. Ms. London’s writings have appeared in a range of catalogs and publications, including ArtForum, Yishu, Leonardo, Art Asia Pacific, Art in America, Modern Painter, and Image Forum. She received a Gertrude Contemporary Residency, Melbourne, 2012; and a Dora Maar House Residency, Menerbes, 2010. Through a CEC Artslink award (summer 2003) she investigated media art in Warsaw, Krakow, and Gedansk. She received a Japanese government Bunkacho Fellowship (winter 1992-93) and a National Endowment for the Arts Fellowship (winter 1988-89) to further professional development and investigate new trends in electronic technologies and the effects on the creation and distribution of the arts in Japan.

She teaches in Yale School of Art, consultant to the Kadist Foundation, and currently is working on a book with Phaidon. 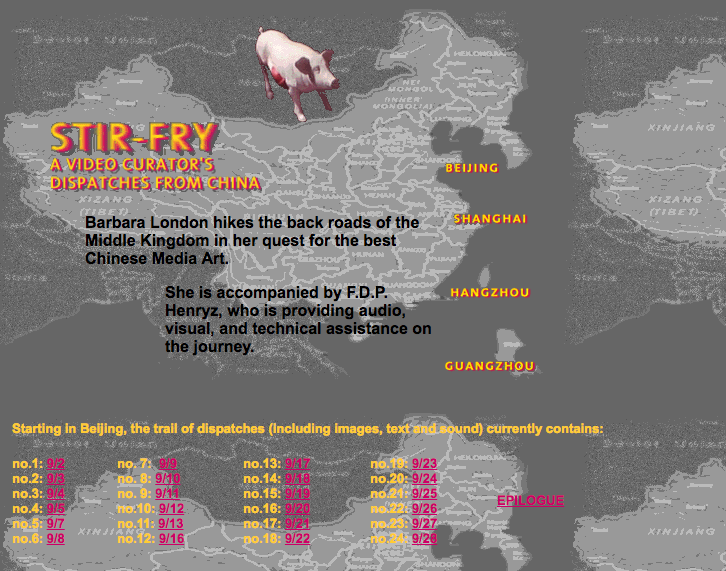 Lean more about Stir-Fry on this link.