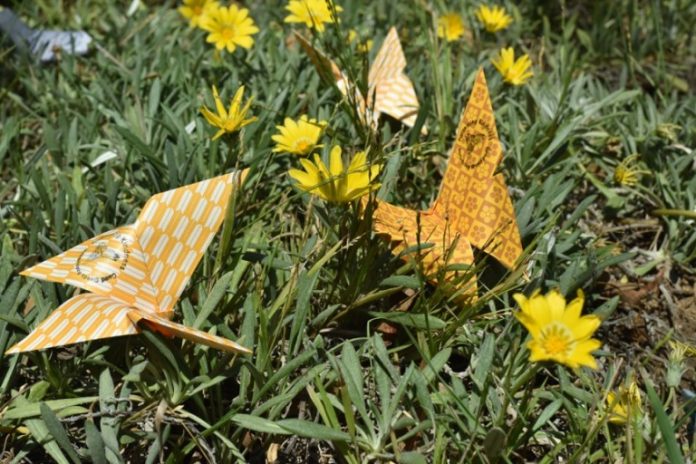 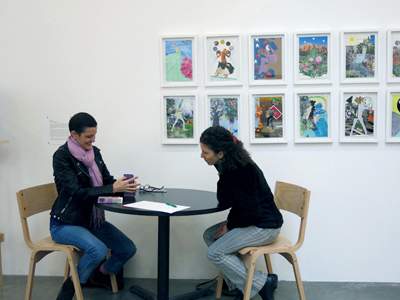 Annie Buckley is a multidisciplinary artist, writer, editor, and curator with an emphasis on art and social justice.

Her work been included in numerous exhibitions and she is the author of hundreds of articles, reviews, and essays.

Recent projects include the collages in “Letters from Majd el Kurum” (2015); a print edition with de Soto Gallery, “Hybrids,” and the accompanying novel, “Mayday” (2014); the text, image, and interactive project, “The People’s Tarot” (2013-present); and the participatory project, “Pollinating Kindness” (2014-present).

Buckley’s work has been featured in solo exhibitions at Carl Berg Gallery and Jancar Gallery in Los Angeles and the Art and Culture Center of Hollywood, Florida, as part Miami Basel 2014; in group exhibitions at sites including including Ben Maltz Gallery, Torrance Art Museum, Edward Cella Gallery, and the Western Carolina University Art Gallery; and as part of a large two-person public exhibition at Los Angeles International Airport, supported by a grant from the Los Angeles Department of Cultural Affairs.

Buckley’s writing about contemporary art has been published by Artforum.com, Art in America, The Huffington Post, KCET Artbound, Artillery, Urban Glass Quarterly, Make Magazine, and others. She is a contributing editor to the Los Angeles Review of Books, where she was previously Art Editor, and the former Editor-in-Chief of Artweek. She is the author of twenty books for youth on topics including the arts, homelessness, and racism, and of three works of fiction published with collaborative and multidisciplinary art projects. She was co-curator of “Psychic Outlaws,” an exhibition of new works based on her novel at Luckman Gallery in 2010, and curator of the traveling exhibition “Bridging Homeboy Industries,” including three artists with ties to the acclaimed gang intervention program, that opened and Ben Maltz Gallery in 2013. Most recently, Buckley is the editor and co-founder of the new online publication, “Radical Actions: From Teaching Artists to Social Practice.”

Buckley is an Associate Professor of Visual Studies at California State University, San Bernardino where is also the founding director of Community-based Art (CBA), an initiative in which students, alumni, and volunteers facilitate art at sites that don’t otherwise have access to it in the Inland Empire, including three CA state prisons, shelters for youth, and low-income senior housing. She is a graduate of UC Berkeley with an MFA from Otis College of Art and Design and is based in Los Angeles. Learn more from these links;  Art, books, and writing, Pollinating Kindness, Hybrids, and Community-based Art.