Linda Norden is a curator, writer and part-time professor of art history, theory and criticism currently teaching for the BFA and MFA programs at the Malmo Art Academy in Malmo, Sweden, and at Cornell University. Norden curated contemporary art at Harvard University’s Fogg Art Museum between 1998 and 2006; directed the City University of New York’s Graduate Center Gallery (The James Gallery) from 2008-10; and served as Commissioner of the U.S. Pavilion for the 2005 Venice Biennale, where she organized Ed Ruscha’s project, “Course of Empire” with Whitney Museum curator and Deputy Director, Donna DeSalvo. She has written on many contemporary artists for Artforum and for various catalogues and publications, most recently on the L.A. painter Laura Owens, the Norwegian photographer, Torbjorn Rodland, the late L.A. artist Jason Rhoades, and the NYC/LA artist, Jordan Wolfson.

She is currently organizing “Project in the Drain,” based on the late, “Marxist movie composer,” Hanns Eisler’s mid-20th c. composition titled “14 Ways of Considering the Rain,” with New York/Austrian artist Rainer Ganahl; a project with film makers Lucien Castaing-Taylor and Verena Paravel for the Cathedral of St. John the Divine; and a longer term project based on Sol LeWitt as patron and collector.

Read two of her essays by clicking on the images below. 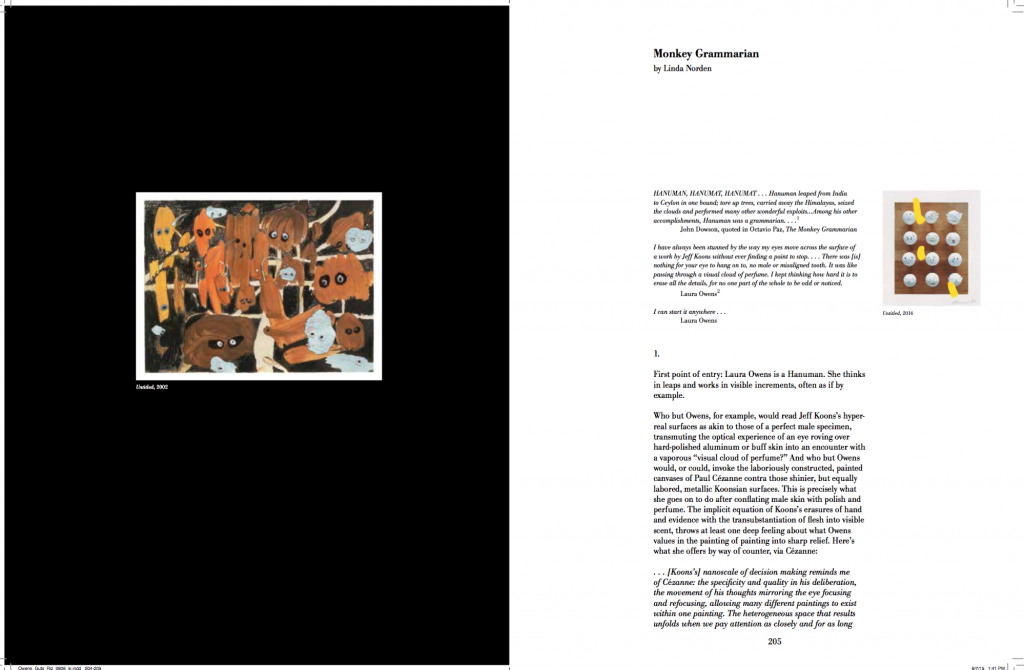