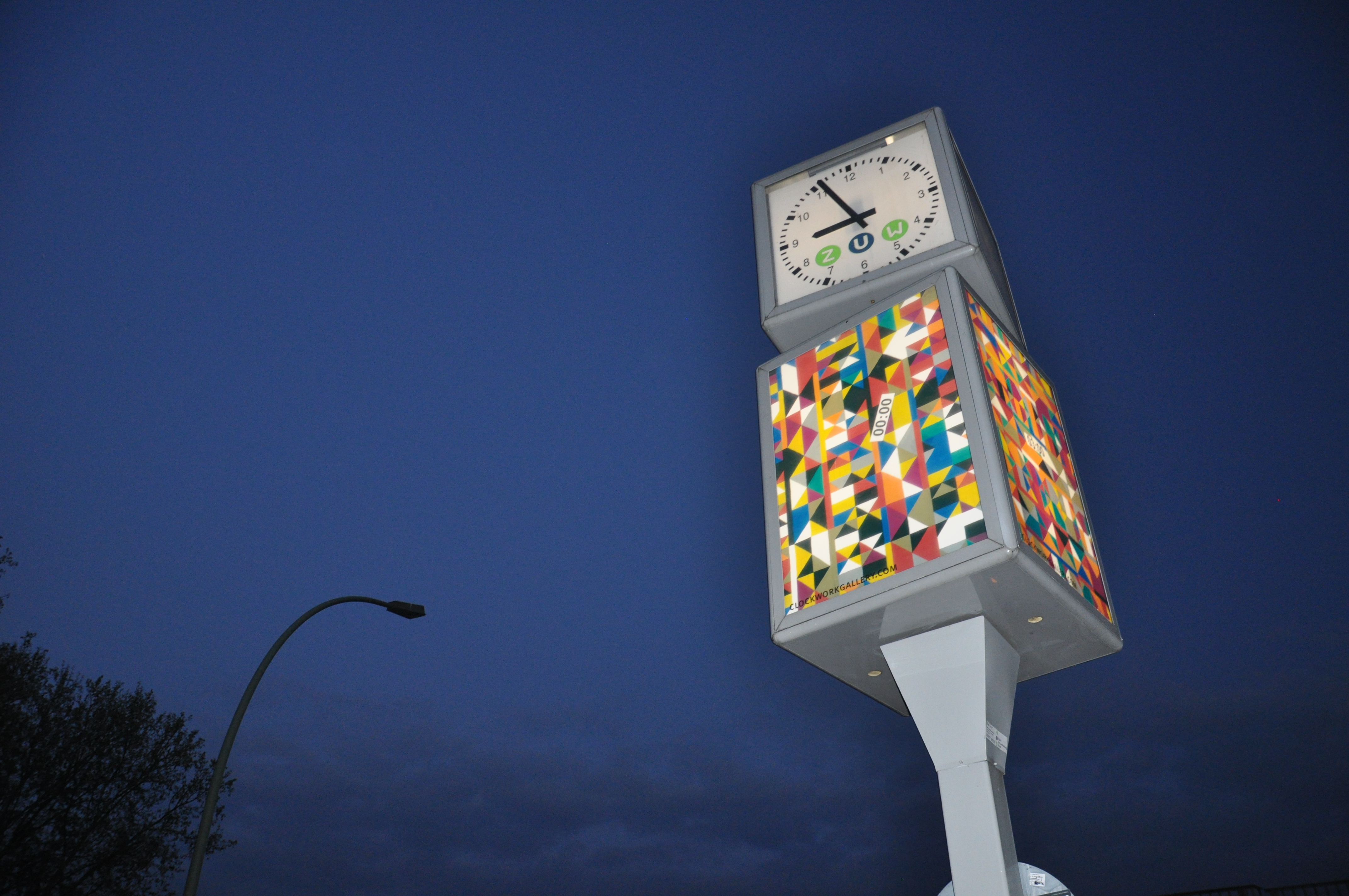 Anne Thompson is an artist whose practice includes writing and curating. She currently lives in Columbia, Missouri, where she is a 2015-16 Fellow at the Donald W. Reynolds Journalism Institute at the Missouri School of Journalism. She is the founder of the I-70 Sign Show, a public art and events project that engages Missouri’s billboard surplus (five times the national average) and the “red-blue” culture-war messages that proliferate as a result. Parallel to this curatorial activity, Thompson is photographing all physical billboards (some 600+) between St. Louis and Kansas City. She treats this process as a car-based form dèrive, or psycho-geographical wandering, in which signs, usually directional, are destinations in themselves.

In her studio, Thompson has worked since 2008 with a color-theory system of her own invention, The Color-Word Value Index, that expands ideas around abstract painting into media including works on paper, artist’s books, sculpture, and décor such as needlepoint. No single artwork displays the Index in its entirety. Over time, discrete objects become keys to understanding others, making the entire project an evolving puzzle. Interlocking bodies of work function alone or in decorative-arts inspired installations.

Thompson has had solo exhibitions and projects in New York and Berlin. She was NEA Book Artist-in-Residence at the Women’s Studio Workshop (2013) and received a DAAD Fellowship in 2009 to research color theory at the Bauhaus Archive. Her work is in public collections including the New York Public Library, the Library of Congress, the Yale Art Gallery, Vassar College, Indiana University, and the University of Michigan.

Before receiving her MFA (Yale 2002), Thompson was a foreign correspondent for The Associated Press. She is a contributing reviewer to Artforum.