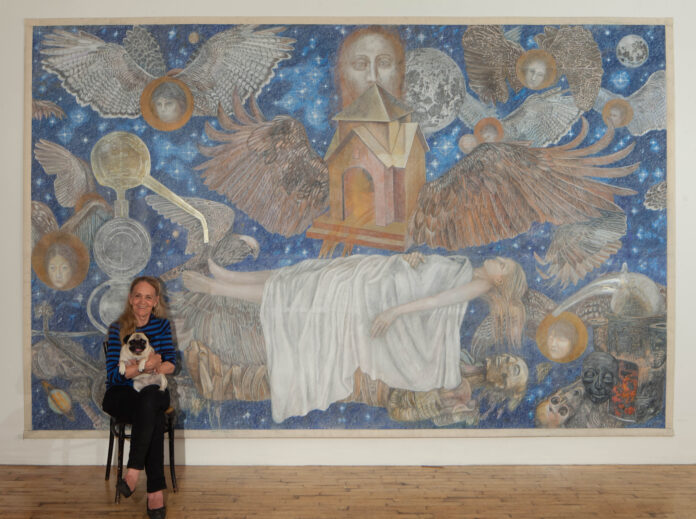 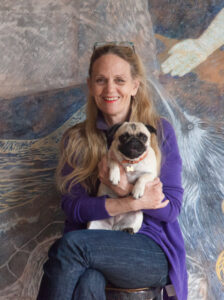 Ann McCoy is a New York-based sculptor, painter, and art critic, and Editor at Large for the Brooklyn Rail.

She was awarded a 2019 John Simon Guggenheim Foundation Fellowship. She lectured on art history, the history of projection, and mythology in the graduate design section of the Yale School of Drama until May 2020, and taught in the Art History Department at Barnard College from 1980 through 2000.

She has written about artists working with projection including William Kentridge, Tony Oursler, Nalini Malini, and Krzysztof Wodiczko.  Ann McCoy and Kentridge did a conversation at the American Academy in Rome for his Tiber project, “Triumphs and Laments”, which was published in the Brooklyn Rail.

Ann McCoy has exhibited in the Venice Biennale and the Whitney Annual, and has had one-person exhibitions in New York, Los Angeles, New Delhi, Poland, and Berlin. She is known primarily known for her large format drawings, work with projection, installation, and bronze sculpture.

Ann McCoy worked with Prof. C.A. Meier, Jung’s heir apparent for twenty-five years in Zurich. She has a background in Jungian psychology and philosophy. She has studied alchemy since the early seventies in Zurich, and Rome at the Vatican Library.  Most of her work is based on her dreams, and their relationship to alchemical texts, and Christian alchemy in particular.  For McCoy, alchemy is a symbolic language of processes dealing with spiritual transformation.  Incarnation of spirit into matter is the key concept of the alchemical practice.  The imagination is the gateway to the gods.