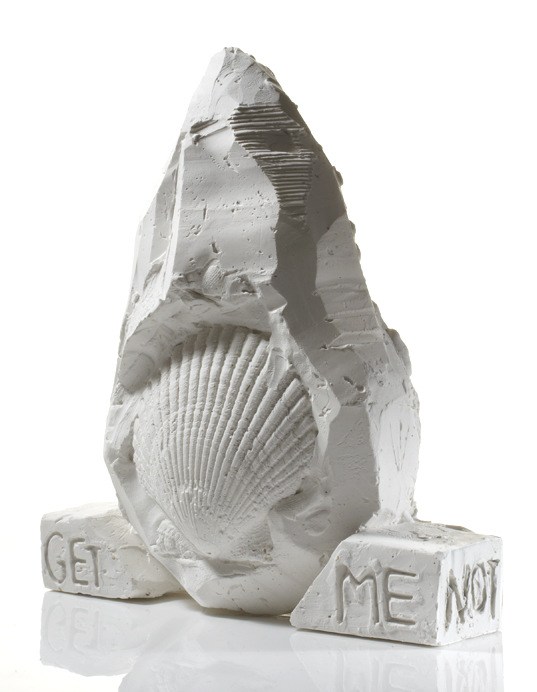 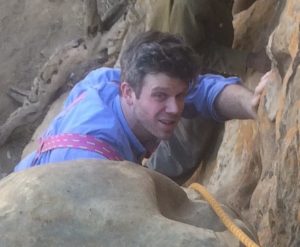 William Corwin is a sculptor based in New York City, He is represented by Geary Contemporary and staged the exhibition Champollion this past July/August, a series of small cast sculptures in lead, plaster and resin that explored the idea of text as symbol and symbol as embodied form, and then back again.  He is also a curator, and currently has the group exhibition “I, Cyborg” on display at Gazelli Art House in London, a survey of the state of the human figure, and the idea of humanity in contemporary artist’s practices, it is an iteration of an exhibition “Cyborg” that took place at the Zurcher Gallery in New York in 2015.  Concurrently with “Cyborg,” Corwin curated “Devotion” at The Catinca Tabacaru Gallery, a recreation of a chapel populated by contemporary art acting as liturgical hardware and paraphernalia.  All of these exhibitions were inspired by an  interview with the archaeologist Colin Renfrew in Artpapers Magazine about the origins of creativity in the human species, a theme that Corwin has continued to pursue in his research. Last fall Corwin produced a video magazine for the online publication Artcore Journal entitled “La Dolce Vita,” a series of interviews and interactions between artists, writers and activists.    Corwin also writes reviews for Frieze, Artcritical and the Brooklyn Rail and has an interview program on Clocktower Radio.  His current reading list encompasses the lyrical and phenomenological: “Just Kids,” by Patti Smith, “Outlandish Knight,” by Minoo Dinshaw, and “Blitzed” by Norman Ohler.