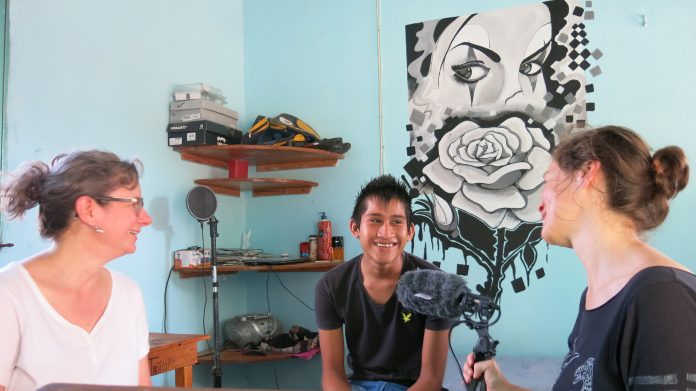 Wendy Call is a writer, editor, translator, and educator based in Seattle. She has served as Writer in Residence at two dozen institutions, including five national parks, four universities, two visual arts centers, a public hospital, and a historical archive.

She co-edited the craft anthology Telling True Stories: A Nonfiction Writers’ Guide and wrote No Word for Welcome: The Mexican Village Faces the Global Economy, winner of the Grub Street National Book Prize for Nonfiction.

Wendy’s writing has appeared in ten anthologies and more than fifty journals and magazines. Essays from her collection-in-progress, Grief Ephemera(l), can be read in LitHub and Yes!

Other essays appear at Guernica, Orion, and Witness. Her audio and video essays have been exhibited at national parks and art galleries in Florida and Washington, and her digital, map-based essay,  Squbeqsed Stories, lives online. Wendy co-produced (with Karen Werner) “You Will Not See Me Die,”which was broadcast on Australian National Radio in September 2017 and became the subject of a podcast interview with Ilan Stavans in February 2018.

Wendy teaches creative writing and environmental studies at Pacific Lutheran University in Tacoma. She was a 2015 National Endowment for the Arts Literature Fellow (for translation) and will be a 2018-2019 Fulbright Scholar in Colombia.