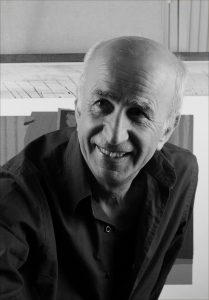 Walid Siti was born in 1954, in the city of Duhok, in Iraqi-Kurdistan. After graduating in 1976 from the Institute of Fine arts in Baghdad, Siti left Iraq to continue his arts education in Ljubljana, Slovenia before settling in 1984 in the United Kingdom where he lives and works.

The work of Walid Siti traverses a complex terrain of memory and loss, while at the same time offering an acute insight into a world, which for him has been a place of constant change.  The narrative of Siti’s experience, of a life lived far from but still deeply emotionally connected to the place of one’s birth, is one he shares with many exiles. Siti takes inspiration from the cultural heritage of his native land that is crisscrossed with militarized borders and waves of migration.