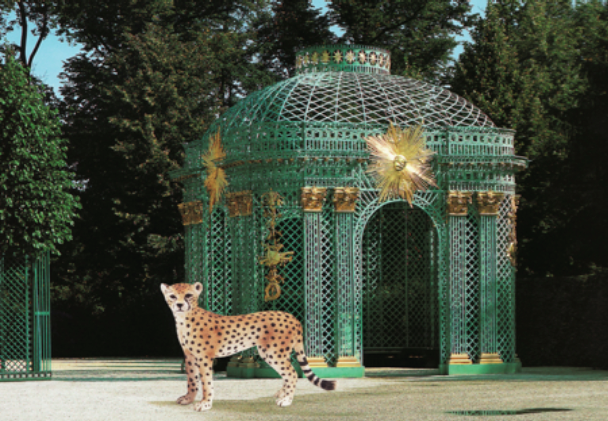 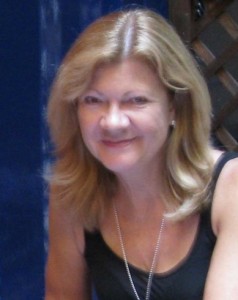 Vikky Alexander (born January 30, 1959) is a Canadian contemporary artist based in Vancouver, British Columbia. She has exhibited internationally since 1981. Working across mediums she is a leading practitioner in the field of photo-conceptualism and is well known as an installation artist who uses photography, drawing, and collage. She is one of Canada’s most acclaimed contemporary artists and has been recognized in Japan, Korea, Europe, New Zealand and the United States. Her work includes mirrors, photographic landscape murals, postcards collected on her travels, and her own photography and video.

Vikky Alexander was born in Victoria, Canada and is a graduate of the Nova Scotia College of Art and Design. She is known for her large scale photo-mural installations and multimedia works that combine photography with sculptural objects. These works foreground a strong interest in the history of architecture, the fields of design and fashion supported by the production of drawing and collage. Her early work informed the movement of Appropriation art in the early 1980s for which she is historically recognized as the youngest innovator of the tendency alongside Richard Prince, Louise Lawler, Barbara Kruger andSherrie Levine. Alexander’s more recent body of work uses collage and digital transfer technology onto printed canvas. Since 1992 Alexander has been professor of photography in the Visual Arts Department at the University of Victoria in Canada.

She was also included in the comprehensive exhibition Interdidal of Vancouver School artists held at MuHKA in Antwerp in 2004. The significance of this exhibition drew attention to her influence over two prominent movements in contemporary art production, one in New York and the other in Vancouver. An earlier body of work anticipated Appropriation art while her later artworks deepened the language of Photo-conceptualism, which became the larger tendency of the Vancouver School internationally. Collections of her work can be found in the Los Angeles Museum of Contemporary Art, Los Angeles, International Center of Photography, New York City, National Gallery of Canada, Ottawa and the Deste Foundation, Athens. Vikky Alexander is represented by Trepanier Baer Gallery in Calgary. Learn more on her website.