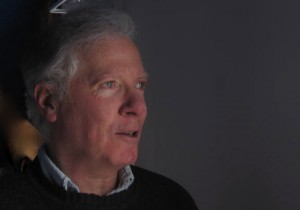 Stephen Lack was a seminal artist in the NY East Village Scene; one of the original artists of the Gracie Mansion Gallery. He continues to exhibit worldwide and is in many international collections, private and public*. He has instructed as an MFA advisor @ SVA in NY; and has lectured in the artist in residence program at Ford Motor Company in Dearborn. Images of his work have appeared in the NYTimes Magazine, Glamour, and multiple times in the New Yorker Magazine. In 2010 Barry Blinderman, director at the Illinois State School of the Arts in Normal Illinois, curated a survey show of Stephen Lack’s automobile related paintings and sculptures titled AUTONATION.

His first full retrospective is coming up later 2015 at the Fort Wayne Museum of Art, Indiana.

Parallel to his painting, Mr. Lack has also participated in the making of numerous films, the earliest ‘underground’ works, “Montreal Main” and “The Rubber Gun” opened in 1974 and 1977 at the Whitney Museum of art and M.O.M.A. respectively. He is well known for his work with David Cronenberg in “Scanners” and “Dead Ringers” as well as his work with Jon Jost in “All the Vermeers in New York” for PBS ‘American Playhouse’.