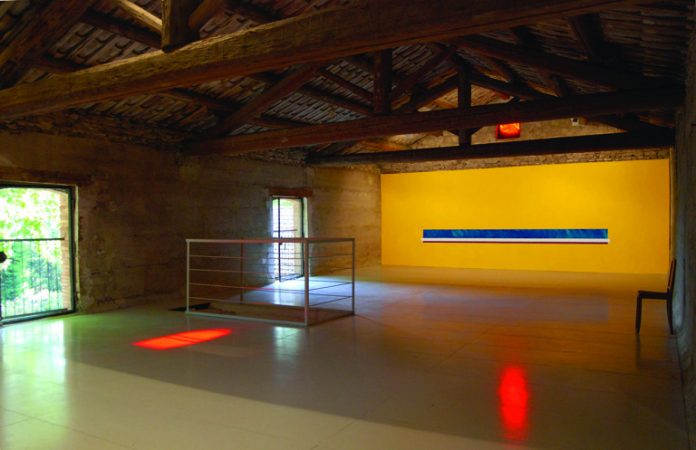 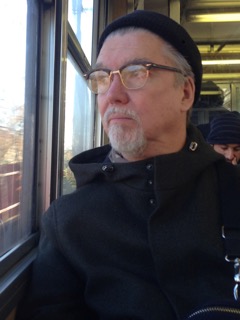 Stephen Ellis was born in 1951 in High Point, N.C.. Except for a two-year period in Cologne, Germany, he has lived and worked in New York City since 1973. Ellis, who has shown his paintings in the United and Europe since 1982, is associated with a group of American abstract artists who in the late 1970s rebelled against self-referential formalism and returned abstraction to an engagement with the world.

Ellis’s painting and graphic work is represented in public and private collections in the United States and Europe. He has been the recipient of awards from the New York Foundation for the Arts, the National Endowment for the Arts, the American Academy and Institute of Arts and Letters and the Joan Mitchell Foundation. Two of his paintings are included in Phaidon’s recent history of contemporary painting, Painting Today by Tony Godfrey. His work was included in the “Conceptual Abstraction” show at Hunter College, curated by Joachim Pissarro and Pepe Karmel. In 2013 Ellis collaborated with the sculptor Allyson Vieira on a large installation in Tulette, France, sponsored by the Non-Objectif Sud Foundation. A catalog for that show, Build On/Build Against, is published by the foundation and available on their website.

Ellis has also written art criticism for publications including Modern Painters, Parkett and Art and America, where he was an Associate Editor from 1989 to 1992. During his time living in Cologne in 1986 and ‘87, Ellis wrote extensively on the work of Gerhard Richter, Martin Kippenberger and Albert Oehlen. These articles were among the first in the American press to discuss the work of these artists. More recently, he has written about Giorgio Morandi, Dan Walsh, Alan Uglow, Philip Guston and Pompeiian painting.

Since the early 1980s, Ellis has taught at art schools and universities including The Cooper Union, The School of Visual Arts, MICA, Hunter College, New York University, Bard College MFA, and Harvard University.

Stephen Ellis is represented in the US by the Von Lintel Gallery. Further information about his work and a retrospective catalog is available on their website.