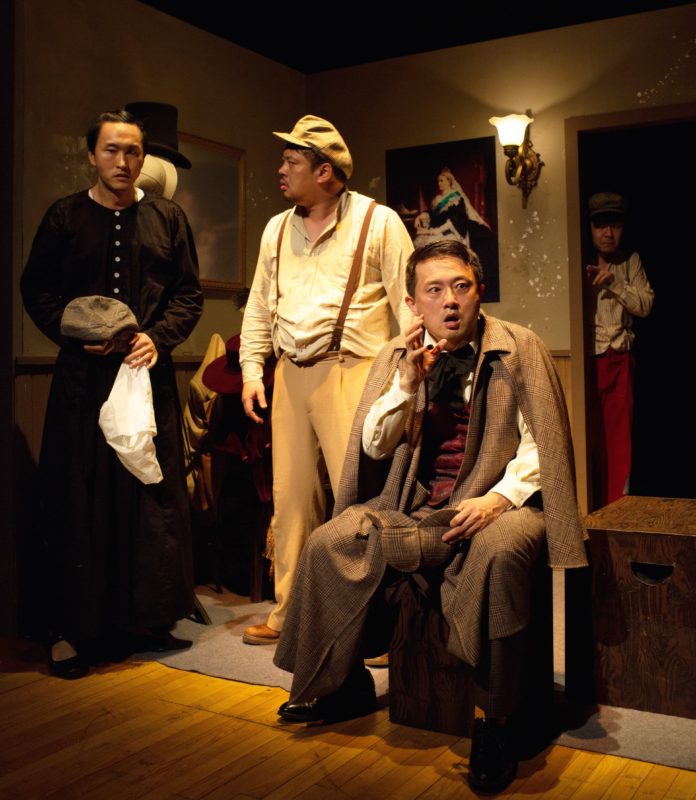 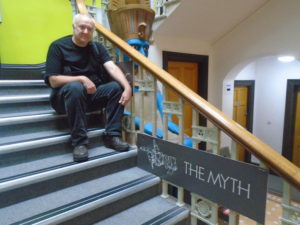 Phil Smith is a performance-maker, writer and academic researcher, specialising in work around walking, site-specificity, mythogeographies and counter-tourism. With artist Helen Billinghurst, he is one half of Crab & Bee, who have recently completed an exhibition and walking project called ‘Plymouth Labyrinth (funded by Arts Council England), a short walking project in the Isles of Scilly and a residency at Teats Hill slipway. They are currently engaged in a series of walks across the UK researching their forthcoming book, ‘The Pattern’ (2020). With Tony Whitehead and photographer John Schott, Phil recently published ‘Guidebook For An Armchair Pilgrimage’ with Triarchy Press.

He is currently developing a ‘subjectivity-protective movement practice’ with Canada-based choreographer Melanie Kloetzel. As a dancer he toured with Jane Mason in ‘Life Forces’ (2014-15). With Claire Hind and Helen Billinghurst, he co-organised the recent ‘Walking’s New Movements’ conference at the University of Plymouth. As company dramaturg and co-writer for TNT Theatre (Munich), he most recently premiered ‘Free Mandela’, co-authored with TNT’s artistic director Paul Stebbings, about the end of apartheid in South Africa.

Phil is a member of site-based arts collective Wrights & Sites, who recently published ‘The Architect-Walker’ (2018). As well as ‘Walking Stumbling Limping Falling’ (Triarchy Press, 2017) with poet Alyson Hallett, Phil’s publications include ‘Making Site-Specific Theatre and Performance’ (Red Globe/Macmillan, 2018), ‘Rethinking Mythogeography in Northfield, Minnesota’ (2018) (with US photographer John Schott), ‘Anywhere’ (2017), ‘A Footbook of Zombie Walking’ and ‘Walking’s New Movement’ (2015), ‘On Walking’ and ‘Enchanted Things’ (2014), ‘Counter-Tourism: The Handbook’ (2012) and ‘Mythogeography’ (2010). He is an Associate Professor (Reader) at the University of Plymouth.

The book mentioned in the interview that Phil was reading is Embodying the Dead.