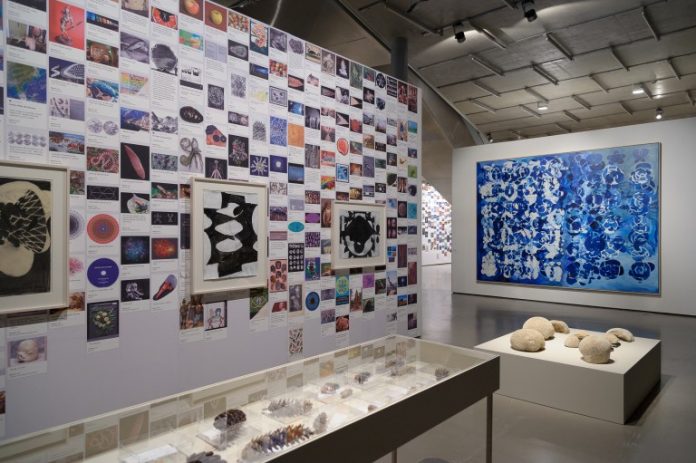 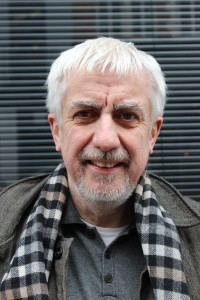 Peter Pakesch (July 16, 1955 in Graz, Styria) began studying architecture, but also was active early on as an artist. His first experiences as an exhibition curator were gathered in the Forum Stadtpark in Vienna from 1976 to 1979 and at the steirischerherbst. Time spent studying in New York in 1980 yielded important encounters and involvement in activities around Fashion Moda and the Times Square Show.

After his return to Austria, Pakesch opened his own gallery in Vienna in 1981, in which he presented first exhibitions with the likes of artists such as John Baldessari, Herbert Brandl, IlyaKabakow, Mike Kelley, Martin Kippenberger, Sol LeWitt, Albert Oehlen, Franz West and Heimo Zobernig. In 1986 he founded the Graz Kunstverein together with the Graz-based cultural policy maker Helmut Strobl, running it as artistic director up to 1988. As part of this activity he published the inter-disciplinary magazine Durch. Together with Hubert Klocker, he organised the project Protect Me From What I Want, a collaboration with Jenny Holzer and Keith Haring. In 1990, jointly with Johannes Schlebrügge, he founded the magazine Fama & Fortune Bulletin, which appears at irregular intervals.

In 1993 Pakesch closed his gallery in Vienna. In his 12 years as a gallery owner, he succeeded in bringing to international prominence such Austrian artists as Herbert Brandl, Franz West and Heimo Zobernig. In the years that followed he worked as a freelance curator for the National Gallery in Prague, and in 1996 he assumed the post of Director of the Kunsthalle Basel. There he showed first museum exhibitions by young artists such as OlafurEliasson, Michel Majerus or Pawel Althamer, pushed forward the restoration of the historical building and reorganised the local annual exhibition into a format called ‘Regionale’ that still presents an important, major exhibition located between Mulhouse, Freibug and Basel. From 1996 to 1998 he travelled to the post-Communist countries as a member of the Soros International Advisory Board. In 1997 he married the actress and film producer Michaela Leutzendorff, and in 1998 his daughter Josepha was born.

Since 2003 Pakesch has been Intendant and Artistic Director of the Universalmuseum Joanneum. From the very outset, one central task in this function was the fundamental renewal of the individual locations of this, the oldest public museum in Austria – above all, the creation of the Joanneum Quarter, opened in 2011 to mark the 200th jubilee of the founding of the Joanneum. Pakesch has also been responsible for various groundbreakingexhibitions at the Kunsthaus Graz, which was opened in 2003 and which likewise belongs to the group of institutions gathered under the Universalmuseum Joanneum. Examples of exhibitions for the Kunsthaus include the twin-show Warhol Wool Newman – Painting Real und Screening Real – Conner Lockhart Warhol(2009), and the exhibition Franz West: Autotheater, Köln – Neapel – Graz, which he curated in 2010 together with Kasper König, Katia Baudin (Museum Ludwig Köln) and Mario Codognato (MADRE Neapel) and which he was able to realise in Graz, not least of all due to his long friendship with Franz West. His close contacts with national and international great figures of art enabled him to show exhibitions in Graz with works by Ai Weiwei (2011, Kunsthaus Graz), Michelangelo Pistoletto (2012, Neue Galerie Graz), Heimo Zobernig (2013, Kunsthaus Graz), Ilya and Emilia Kabakov (2014, Kunsthaus Graz), as well as the first solo exhibition of the American film-maker James Benning(2014, Kunsthaus Graz).

Peter Paksech also cultivated close contacts with the Austrian painter Maria Lassnig until her death in May 2014. The last great Lassnig solo show during her lifetime was staged in the NeueGalerie Graz in 2012 under the auspices of Peter Pakesch and curated by Günther Holler-Schuster. With this event also began the creation of a catalogue of works by Maria Lassnig.

Fall 2015 Peter Pakesch finished his work on the lead of the Universalmuseum Joanneum to devote his full time in building up the Maria Lassnig Foundation in Vienna. This foundation was founded at the will of the artist in order to advance the understanding and the distribution of her work.

For the Universalmuseum Joanneum he is still responsible for two shows: Terry Winters, The Painter’s Cabinet and Kneaded Knowledge – The Language of Ceramics with Ai Weiwei and Edmund de Waal.