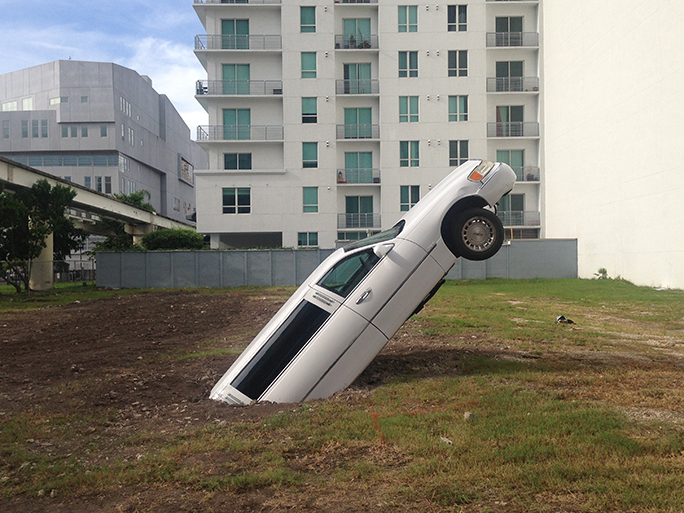 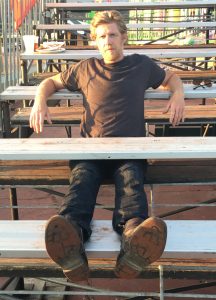 Nate Page works site specifically to bring an emotional awareness to the psychological implications of designed environments. Page purposely acts as a non-expert visitor and observes a location as a construction of someone else’s plan. The act of observational drawing is the conceptual foundation for his practice.   Instead of drawing what he sees, he intervenes directly in the space. Architecture, Landscape and Design are ultimately a site of exchange, similar to the act of image making and viewing, where conscious and unconscious Ideologies and Value Systems are expressed and interpreted by the absent designer and the community and it’s inhabitants.

Nate Page lives in Los Angeles and teaches drawing at Woodbury University. His work has been seen at No Name Exhibitions @ The Soap Factory, Minneapolis; Armory Center for the Arts, Pasadena; Warsaw Academy of the Arts, Warsaw; John Michael Kohler Center for the Arts in Sheboygan, Wisconsin; and at Cooper Union and Jen Bekman Gallery, both in New York and most recently at A Corner Door gallery in Los Angeles, Redling Fine Art also in Los Angeles and a public art commission By Miami Dade County and Fringe Projects titled Limo in 2016. Page has produced many environments with Machine Project in Los Angeles, including A Field Guide to LACMA at Los Angeles County Museum of Art and Pacific Standard Time Presents: Modern Architecture in L.A., an initiative of the Getty and at the Green and Greene Gamble House in Pasadena. He has shown nationally including Woodbury University Hollywood Gallery, Institute of Visual Arts at University of Wisconsin–Milwaukee, and Otis College of Art and Design in Los Angeles and REDCAT also in Los Angeles. From 2001–04, Page co-directed an experimental artist collaborative and exhibition space in Milwaukee called the Rust Spot. He received an MFA from the California Institute of the Arts and a BFA from Milwaukee Institute of Art and Design In 2011 he was the recipient of California Community Foundation Emerging Artist Fellowship and is currently producing the second iteration of California Living Project; Silicon Valley. Nate was born and raised in Waukesha, Wisconsin. Current work can be seen by seen here.

Book he is reading that was mentioned in the interview: Anti-intellectualism in American Life by Richard Hofstadter 1963.