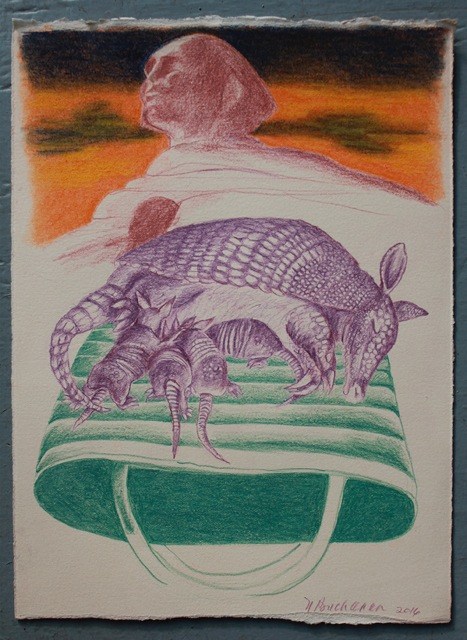 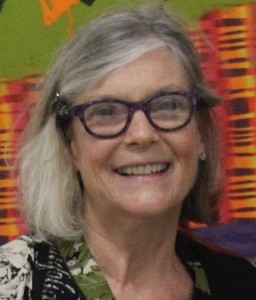 Her use of media evolved as new technologies were made accessible, including single channel works, miniature sculptures with video, public installation work, and finally interactive computer-based projects; she received a Rockefeller Fellowship in New Media to complete Developing, an interactive work about home, housing, and land speculation.

Her most recognized work is Fallout from the Nuclear Family (1978-1980), a portrait of her father Louis N. Ridenour, Jr., who was a prominent physicist. Comprised of 10 unique artist’s books made from his professional and personal correspondence and writing, as well as the artist’s research into the significant issues of the times, this is also a portrait of our society during the years of her father’s maturity. The books were acquired by the Getty Research Institute, where visitors may request an appointment to view them.

Buchanan has long been involved in the support of other artists. She was a founding member of F Space Gallery in Orange County, as well as Grandview Galleries at the Los Angeles Woman’s Building, CLOSE Radio, and LACE (Los Angeles Contemporary Exhibitions) in its early years. For 10 years, she assisted activist Michael Zinzun in the production of Message to the Grassroots, his monthly cable TV show and traveled to Namibia to document its independence process in 1991. She taught video workshops to youth and adults, and helped organize local exhibitions in traditional and non-traditional spaces, such as an empty furniture store and a former LA jail. For 23 years she was an educator and mentor to students in the Film/Video School of CalArts.