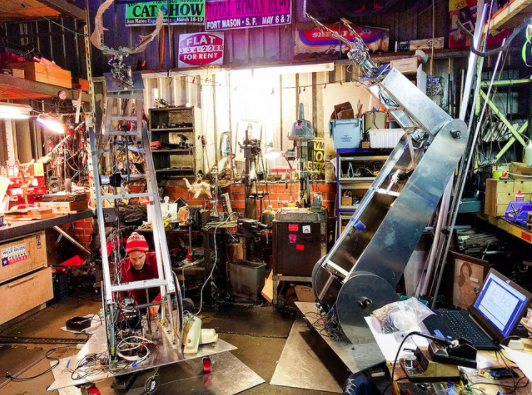 Mitch Altman is a San Francisco-based hacker and inventor, best known for inventing TV-B-Gone remote controls, a keychain that turns off TVs in public places.  He was also co-founder of 3ware, a successful Silicon Valley startup in the late 1990s, and did pioneering work in Virtual Reality in the mid-1980s.  He has contributed to MAKE Magazine and other magazines, and wrote a chapter for “Maker Pro”, a book about making a living from projects one loves.  For the last several years Mitch has been giving talks, and leading workshops around the world, teaching people to make cool things with microcontrollers and teaching everyone to solder.  He promotes hackerspaces and open source hardware, and mentors others wherever he goes. He is a co-founder of Noisebridge hackerspace in San Francisco, and is President and CEO of Cornfield Electronics.

The book mentioned in the interview is:  “Life Inc.:  How the World Became a Corporation and How to Take It Back“, by Douglas Rushkoff.