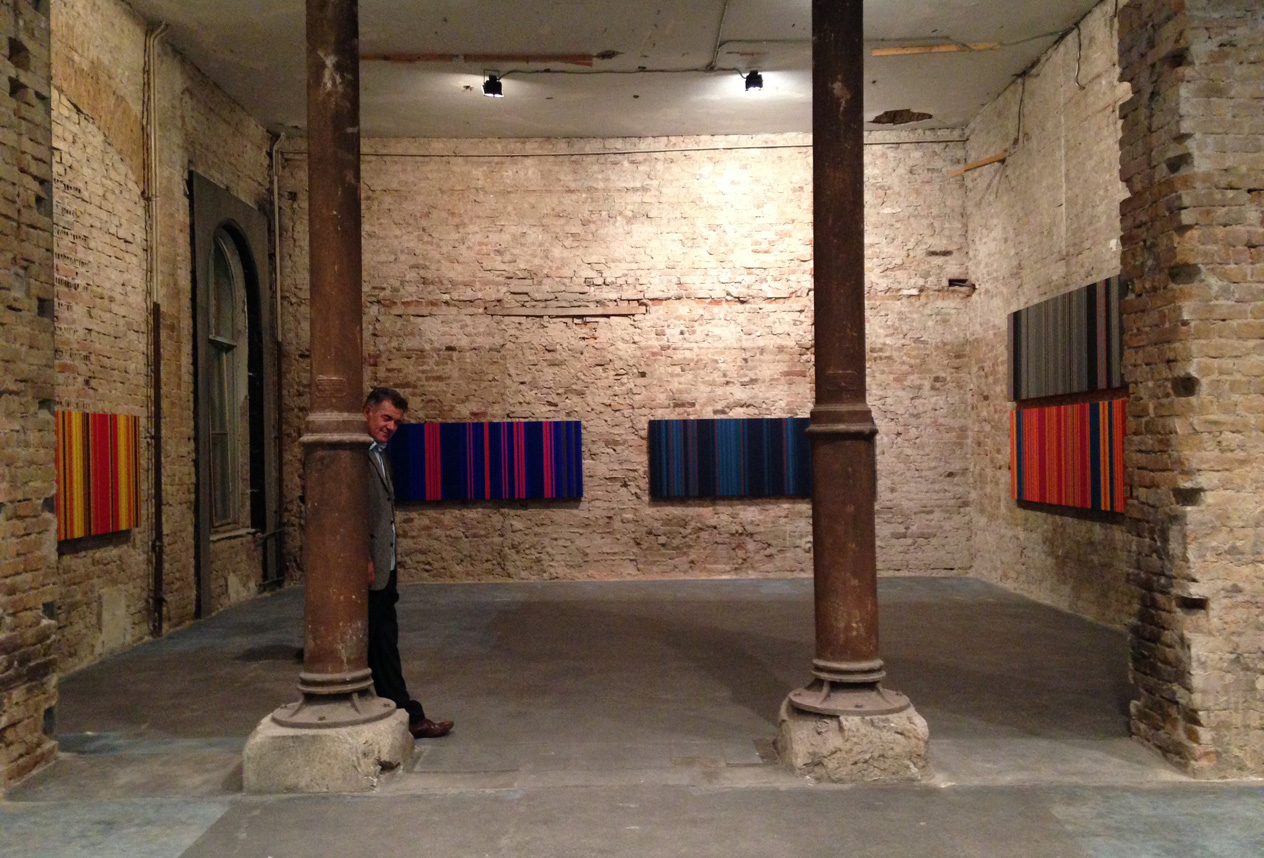 Milovan Destil Markovic studied painting at the Faculty of Fine Arts at the University of Arts, Belgrade, where he graduated in 1983. Since 1986 he lives and works in Berlin.

Markovic’s series of so called Transfigurative Paintings are the result of intensive research and the attempt to develop and expand the idea of the portrait beyond the concepts known from all previous ages. In one series of his Transfigurative Paintings, he portrayed some of the most renowned women of the world with lipsticks (over 100 lipsticks are evenly applied onto a velvet surface that can even be touched). These faces are familiar to the public because they have been reproduced thousands of times in the media: in newspapers, television, on the internet, etc. The painting material used is the most common substance for women’s daily make-up, for making or reinventing the face. Markovic indeed holds make-up as a symbol for women’s portraiture. In this way he is creating through the lipstick portraits a deeply colourful, sensual and erotic hymn to the female gender.

Another series of Transfigurative Paintings, unveils a completely different setting: unemployment, homelessness and social – that is: public invisibility. Here Markovic’s portraits homeless men, who – in contrast to the lipstick portraits – are anonymous to the spectator. These text portraits are based upon interviews Markovic performed with homeless men in various world capitals. They represent the men’s identities through their life stories; the real person is transfigured via an autobiographical text that is fixed onto canvas with pigments.

The artist newest series of Barcoded Paintings develops the topic of referencing to a reality in a different pictorial way: the work is abstract and/but readable. The colourful and bright stripes on canvases signify written words. Every text can be translated into a barcode that is the product of a systematic process of codification, at the end of which only a rhythmic series of vertical lines remains. Markovic’s bar codes veil their political content, hiding it behind a normalized form. This could be understood as a critique of the intransparant structures of markets that similarly conceal global deficiencies and injustices.

On 23 February at Dirk Halverscheid Galerie in Munich, Germany, Milovan Destil Markovic has an exhibition opening of these works.