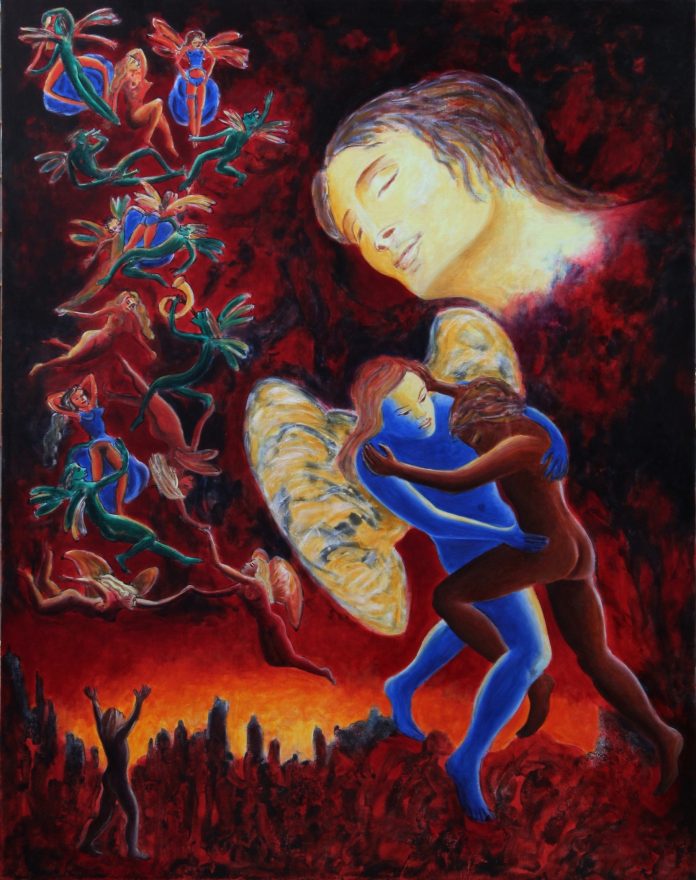 At the end of the 1980’s, through an invitation from the Doerner-Institute in Munich, the world renowned conservation institute, the artist became acquainted with a geometrical puzzle relating to compass holes and compositional marks revealed in the infrared examination of a Tintoretto painting. This, however, led to the artist’s epiphany with natural colour – the luminous natural mineral pigments of the Renaissance palette. He was able to buy some of the historical pigments from a shop, Kremer Pigmente, opposite the museum. However, working with the pigments bound in oils did not produce anything near to the colours of Hans Memlinc or Raphael! Years of research followed.

In 1997, the artist experienced a major breakthrough with preparation of the blue mineral pigment azurite. In 2000, the preparation protocol was published in the journal “Leonardo” (MIT press).  Eventually, after years of further research, he published a comprehensive two volume book in 2017 financed by Kremer Pigments titled “Renaissance Mysteries, Vol. I, Natural Colour and Vol. II, Proportion and Composition“. The artist has exhibited works in Europe and the U.S. over many years and continues to discover the endless possibilities of natural colour on a daily basis in his Manhattan studio.