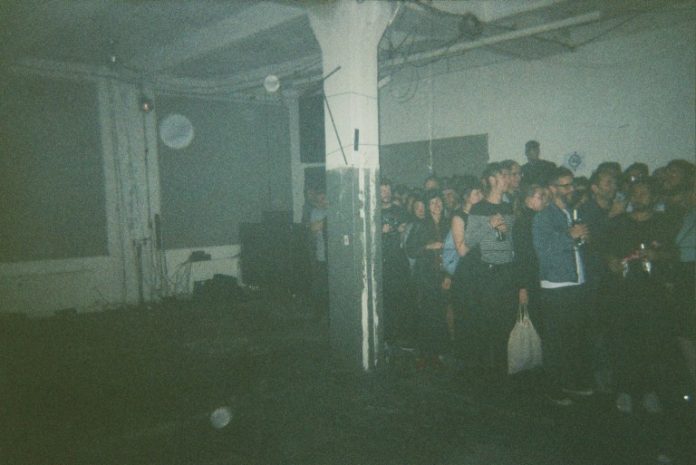 Mattin is an artist from Bilbao -currently living in Berlin- working with noise and improvisation. His work seeks to address the social and economic structures of experimental sonic artistic production through live performance, recordings and writing. Using a conceptual approach, he aims to question the nature and parameters of improvisation, specifically the relationship between the idea of ”freedom”and constant innovation that it traditionally implies, and the established conventions of improvisation as a genre.

Mattin considers improvisation not only as an interaction between performers and instruments, but as a situation involving all the elements that constitute a concert situation, including the audience and the social and architectural space. He tries to expose the stereotypical relation between active performer and passive audience, producing a sense of strangeness and alienation that disturbs this relationship. He is currently doing a PhD at the University of the Basque Country under the supervision of Ray Brassier and Josu Rekalde. Along with Anthony Iles they edited the book Noise & Capitalism in 2009. In 2012 CAC Brétigny and Tuamaturgia published Uconsitituted Praxis, a book collecting his writing plus interviews and reviews from performances that he has been part of. Both books are available online. Mattin has been invited to participate in documenta 14 which will take place in Athens and Kassel in 2017.

To listen to some of the recordings of Score For Sharing Negativity, click here.

This score is written by Mattin and collectively edited by the Casco team and contributors to the exhibition and study program We Are the Time Machines: Time and Tools for Commoning in Utrecht. The first performance takes place at the opening, 14 November, 15:00 hrs and it will last till the end of the exhibition on 13 March 2016. The recorded audio file will be updated weekly and uploaded to www.archive.org. It will also be available via Casco’s website. Both the score and the recorded material are anti-copyright. Anybody can do anything they want with this material. 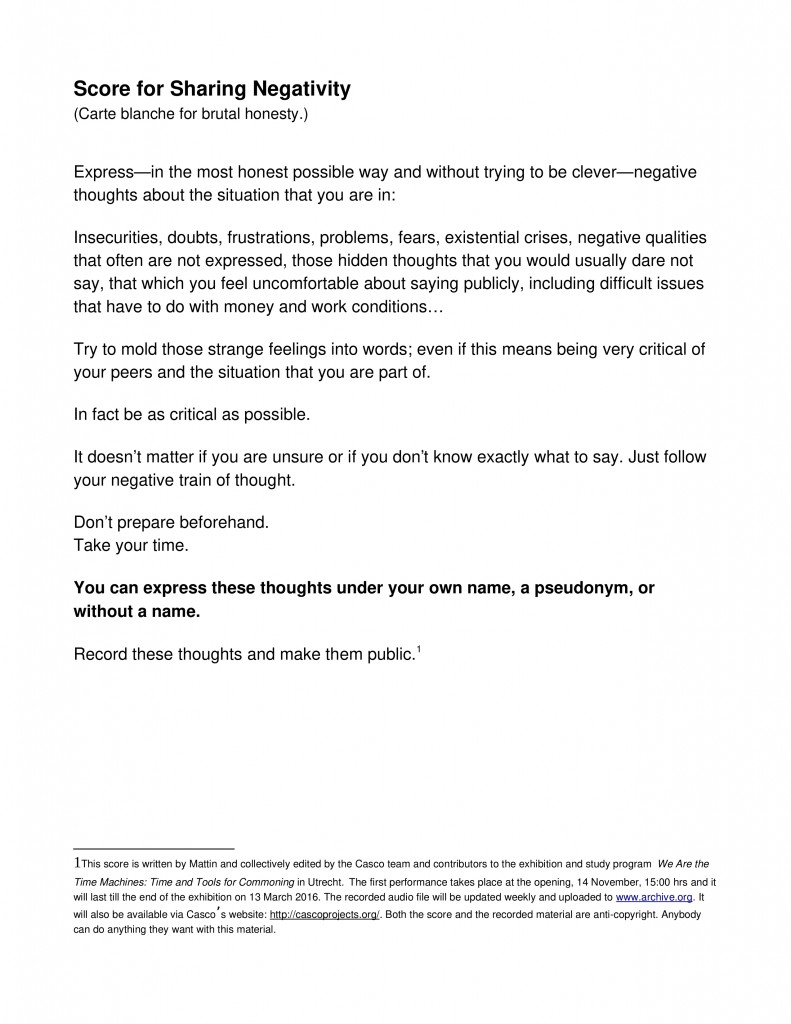