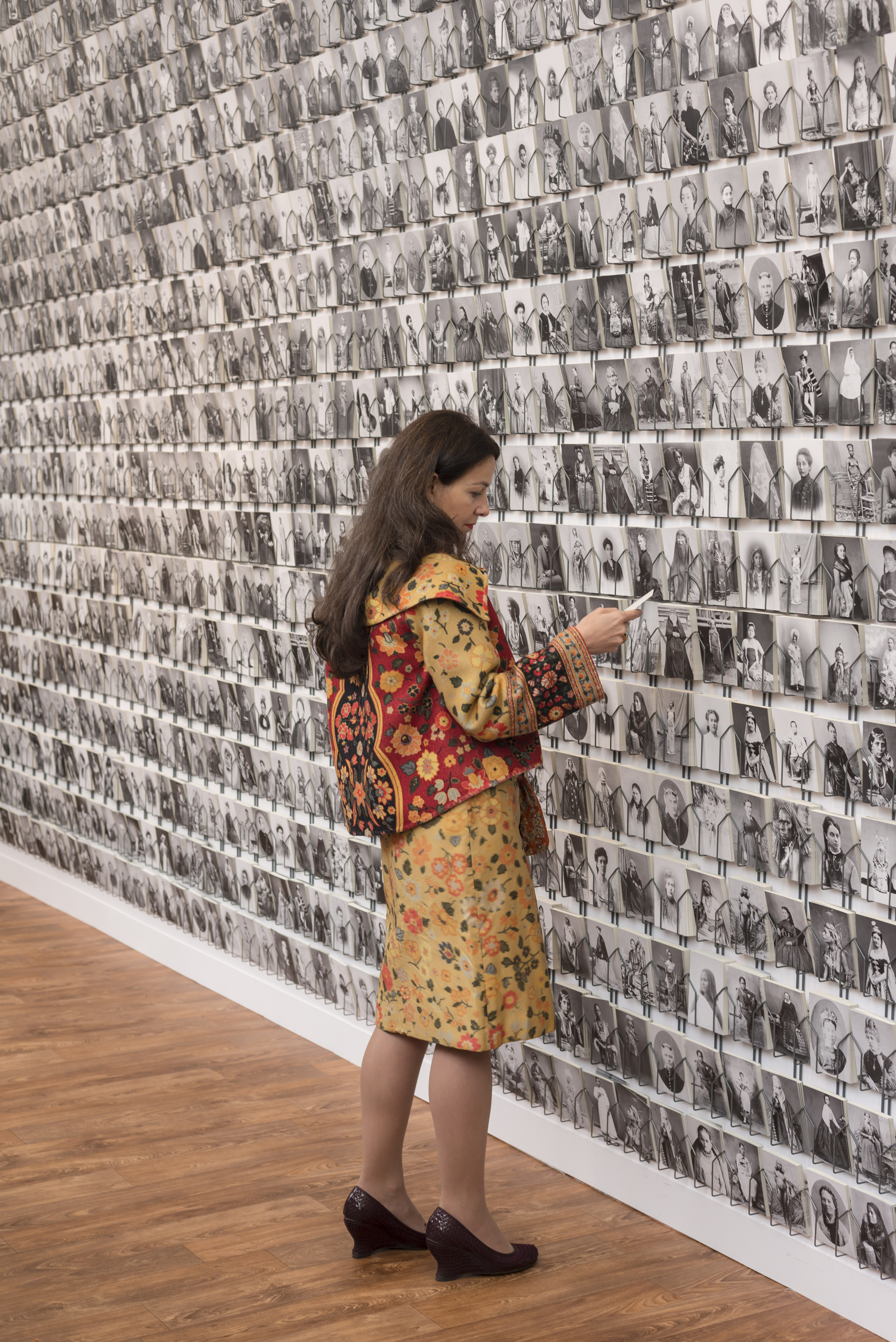 Mathilde ter Heijne (born 1969 in Strasbourg, France) is a Berlin-based Dutch conceptual artist primarily working within the mediums of video, performance, and installation practices.  Since 2011, she has been a professor of Visual Art, Performance, and Installation at the  Kunsthochschule Kassel. Ter Heijne is a founding member of ƒƒ, an evolving and collaborative network of international feminist artists who have produced major projects in Vienna (2012) and Berlin (2013) and Warshaw (2014).

Ter Heijne’s research based practice is founded in intersectional feminism. Her video art produced in the 1990’s destabilized patriarchal tropes within literature and cinema through elaborate re-stagings and role reversals.

In her recent work (2005-present), ter Heijne shows an activist and radical approach to art-making as a participatory process. In her on-going project Woman To Go, she collects and writes biographies on woman writers and political figures who lived in the 19th century and are being erased from collective memory. The 19th century was a time where women spearheaded suffrage making women’s rights possible today. Yet, these women continue to fall into oblivion, which is perhaps a latent phenomena of patriarchy where heroic men become icons but women’s presence can only be felt through traces of dogma.

By presenting and creating postcards that bear these women’s names and biographies, she ensures that these testimonies do not pass into darkness.  For ter Heijne, ritual and ceremony have been structures for continual artistic observation and potential emancipation. The study of ancient ritual makes its way into her sculptural ceramic practice as well as her performative one. Experimental Archeology, The Space Beyond all Illusions is a video project documenting a four day ritual firing of clay sculptures during a full-moon cycle. In the videos, you see participants guided through shaman-led ayahuasca ceremonies bringing to life both figuratively and literally large clay idol sculptures. The ritual, part-fiction, part-documentary, confuses the parameters of reality and structures of belief. Under the affects of the ayahuasca plant, the camera traces the movements of the participants who stradle the liminal zone between drug-induced stupor and transcendental awakening.

All of the video capturing devices invoke the analogue, which prefigures the digital. This is perhaps an aesthetic illusionary motif of hearkening back to times that valued the feminine as a source of power and tool for solidarity. The ritual worship in this case is less about bringing a divine or spiritual body into the world and rather about constructing the necessary circumstances for such a visitation to take place: a visitation that could overshadow rather than forshadow a future patriarchal binary. For these reasons, the camera obscures vision onto the performative scene in order to force the viewer into a similar vulnerable and open position so that h/she can feel the presence of the analogue goddess through sensation. The viewer is, thus, invited to lay down and inside the geodesic dome form where all of these captured images cascade upon a geometric dome made from wooden triangles.
Since 2013, ter Heijne herself became connected to a Togolese vodou community.  Within the rituals for certain deities, woman serves as decipher for oracles and a vehicle for gods. The systems existing within this voodoo religion both question and overturn patriarchy but also monotheistic power structures that have in turn reified female oppression. Through a new documentary approach, ter Heijne shows a separate reality from the Western context absent of monotheistic hierarchies and yet containing definitively democratic aspects through ceremonial trance dances. The video documentation Pulling Matter from Unknown Sources serves as both a window into a different but  nonetheless parallel reality but also a mirror whereby the viewer can destabilize ingrained  notions of religion, dominance, and power.