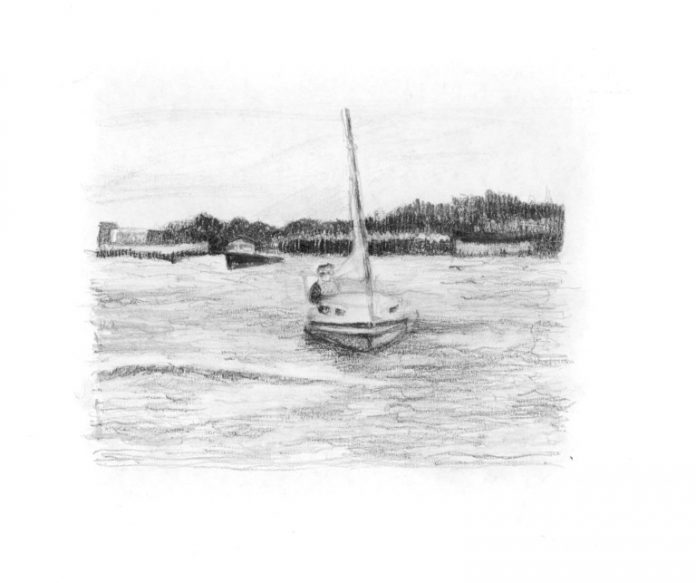 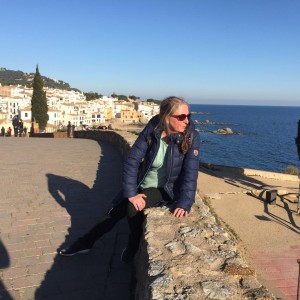 Marion van Wijk, was born the 25th of March, 1955, Woerden, The Netherlands. Marion van Wijk is a multidisciplinary artist. She was educated at the Kunstakademie Artibus in Utrecht and at the Theaterschool Amsterdam.

From 1978 untill 1996 she worked as an actress (theatre and movie), performing artist and writer for theatre. The last performance she made was ‘Pourquoi Bourquois’ about the artist Louise Bourgeois.

From 1992 she participated in exhibitions: Brains (Gorinchem, Netherlands), Exchange (Moscow), Russia and Lost at Sea in the Watertoren (Vlissingen, the Netherlands). And wrote  about visual art for the Dutch website Museumserver and artmagzine Decreet.

After a long stay in Los Angeles in 1992 she saw at gallery Paul Andriesse in Amsterdam an exhibiton from the artist Bas Jan Ader. There was starting her interest in the work of Bas Jan Ader, who lived in L.A and dissapeared in 1975 at sea.

Together with Koos Dalstra she  gave a performance about the  artist, called: ‘Een slet van 10 dollar’. The main object was a Porsche of red pluche (1:1).

In 2003 Van Wijk en Dalstra started with research about the life and work of Bas Jan Ader. She interviewed his wife and other members of the family, colleagues and friends. Did a lot of reading, website-research and visited important locations, like Los Angels, Cape Cod en La Coruña. The result of this coöperation is the publication ‘In Search of the Miraculous, Bas Jan Ader,  143/76’, Dalstar&van Wijk, Veenmanpublishers’. The content is the Spanish Marine report about the lost boat of Bas Jan Ader in 1976.

In 2010 she decided  to put the story about his life and work into the graphic biography ‘Let Go – Bas Jan Ader’, which appeared in 2015 at publisher Lecturis.