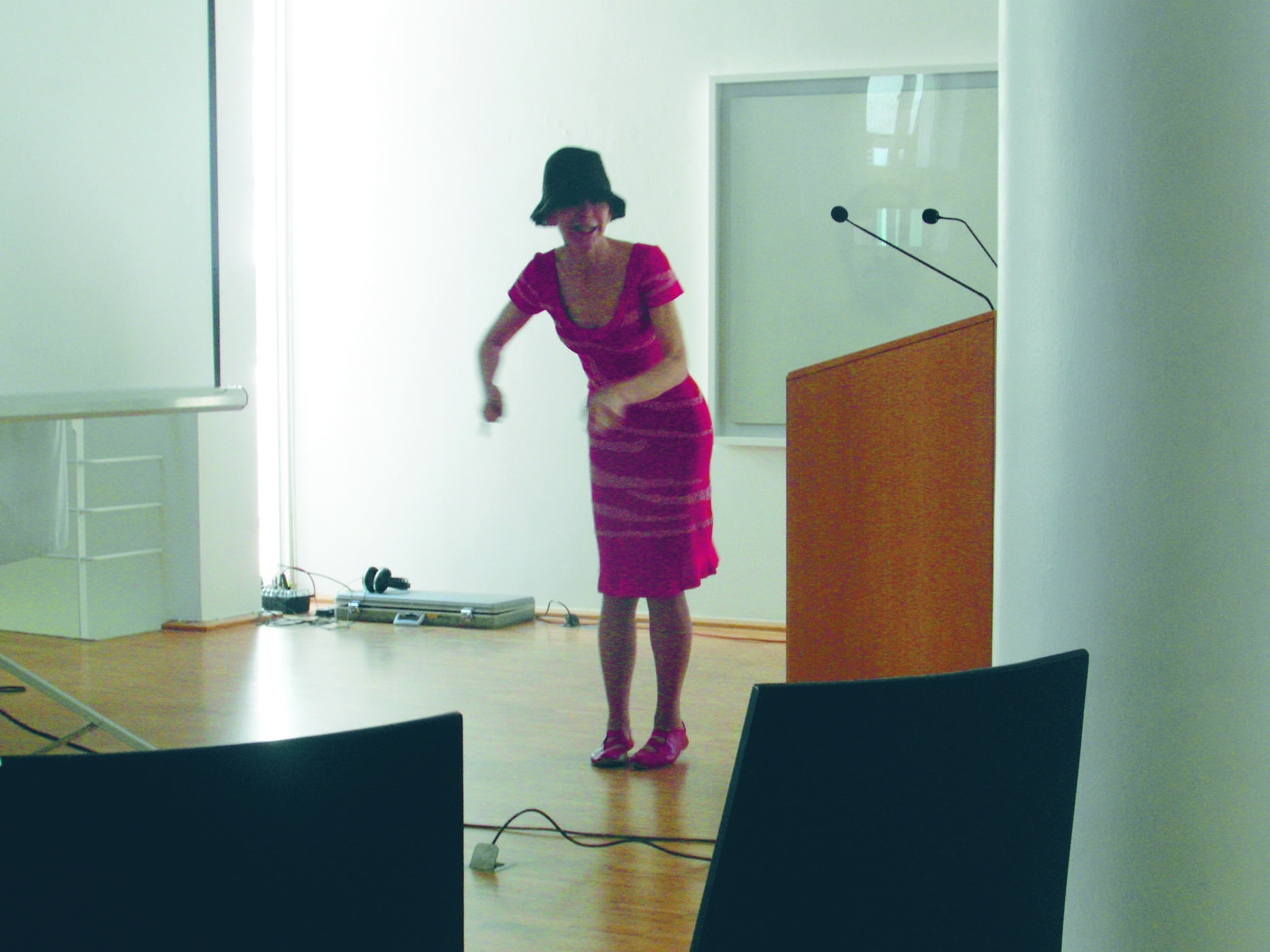 Mari Shaw lives in Philadelphia and Berlin. She is an intellectual property lawyer, an art collector, an educator and a consultant to cultural institutions and artists.

Star Thomas Chimes, an autodidactic genius artist, who at the advice of Marcel Duchamp in 1961 became a lifelong “hermit” in order to shelter his art from commercialism, trendiness and other worldly vices is 71 when the two meet in 1992. Supporting Actress and Narrator, Mari Shaw is a forty-three year old married mother who has pioneered her way up the partnership of a big time law firm.

Until two days before Tom dies on his 88th birthday in 2009, the two talk about ideas and innovators who influenced Chimes– from Socrates to Marquis de Sade, to Alfred Jarry, the inventor of pataphysics, (the science of imaginary solutions), Marcel Duchamp and other Jarry disciples.  Mari describes to her hermit friend living Jarry-influenced artists Chimes does not know, including Paul Chan, Seth Price, and Thomas Stoppard. Tom and Mari grow into an intellectual Odd Couple drawn together by Fate and the creative process as they guide each other into their separate futures.