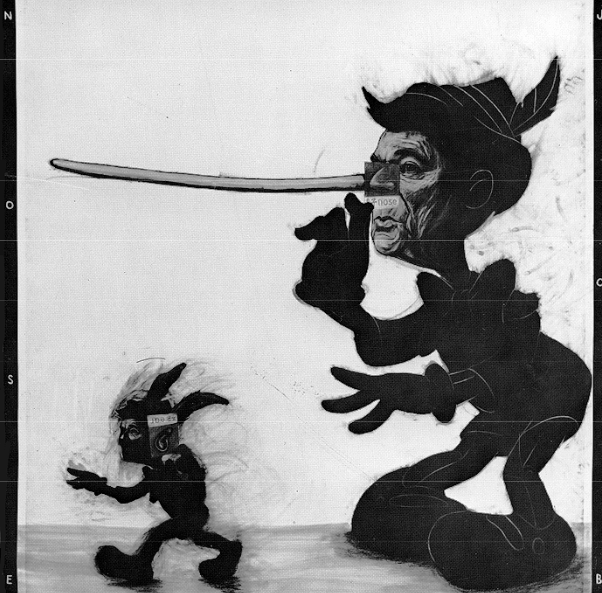 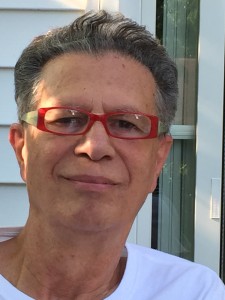 Geno Rodriguez (ne Eugene Rodriguez) Born 1940 New York City. In 1975 Rodriguez co-founded the Alternative Museum, an influential and international locus for artists who were creating art and music, which addressed the pressing socio-political issues of the times.

At a time when political art and diversity were not considered mainstream issues, The Alternative Museum served as a base for the many artists who were disenfranchised from the American arts scene.

Rodriguez is also known as an artist. His artworks have been widely exhibited and are in the collections of numerous museums and private collections including: New York’s Metropolitan Museum of Art, The Museum of the City of New York, the International Center of Photography, New York and the Museum of Fine Arts, Houston, Texas. Rodriguez is also the recipient of awards and fellowships such as: The National Endowment for the Arts Photography Fellowship (1979), and a Ludwig Voglestein arts award. He is also the recipient of the Phelps Stokes Foundation’s Distinguished Visitor to Africa, the Rockefeller Trust for Mutual Understanding and a Rockefeller Asian Cultural Council award.

In 1961 after serving in the U.S. Navy (stationed in Morocco) he returned to New York City. That same year he moved to Denmark where he studied at the International Peoples College in Elsingor. In 1962 he moved to London to study visual at the Hammersmith College of Art and Building in London. Four years later in 1966 he received his “National Diploma in Art and Design”. In 1975, Hammersmith College of Art was incorporated into the Chelsea College of the Arts and Design. In late 1966 Rodriguez moved back to Copenhagen, Denmark where he worked for Tue Poulsen, a master ceramist. He returned to New York City in 1968.

As well as being a founder and director of the Alternative Museum (NYC), Rodriguez was Adjunct Professor at Rutgers University, New Jersey 1976 -78 and at School of Visual Arts, New York, New York. 1977 – 83.

His museum career as a curator began in 1972 when he organized and presented his first major exhibition, Dos Mundos: Worlds of the Puerto Ricans at the Huntington Hartford Gallery of Modern Art, in New York City. In 1973 The Museum of the City of New York invited Rodriguez to create another exhibition, Mira, Mira, Mira: Puerto Rican New Yorkers. In 1975 along with Robert Browning and Janice Rooney, Rodriguez founded the Alternative Center for International Arts, later to be known as the Alternative Museum 1975 – 2001.

Rodriguez has organized over 300 exhibitions and  produced close to 400 concerts and panel discussions. As the Museum’s director and curator, Rodriguez consulted and served on many National, State and City arts and culture panels as well as international cultural conferences. In 1992, he was a member of the Clinton/Gore Presidential Transition Team for the Arts and Humanities. In March 2000 he served as a juror for the 3rd Kwangju Biennale of Art (in Korea). In April 2001 Rodriguez was the Keynote Speaker at the Australian Small Museums Summit where he spoke on “Dissolving Distances: Becoming an Internet museum.”

He has been a speaker at numerous cultural and media venues including: Museum of Modern Art, New York City, Hirshorn Museum, Washington D.C. and the Association of American Museums Conferences as well as numerous local and international media venues.

Music at The Alternative Museum

In 1976, The Alternative Museum launched its World Music Program. For the first time, New York City had an ongoing venue where music from all over the world was presented in an informal Traditional, folk, and modern music from India, Gambia, China, Peru, Ireland, the U.S., and many other countries found its way to New York City audiences. Concerts at The Alternative Museum looked like a gathering at the United Nations.

In 1966 after graduating from Hammersmith College of Art and Building, Rodriguez married his classmate and Alternative Museum co-founder Janice Rooney. They moved to Denmark where their daughter Samantha Marisol Rodriguez was born in 1967. They have had homes in Puerto Rico, France and New York. Rodriguez has traveled extensively through out the world. He considers himself to be a socio-political humanist.