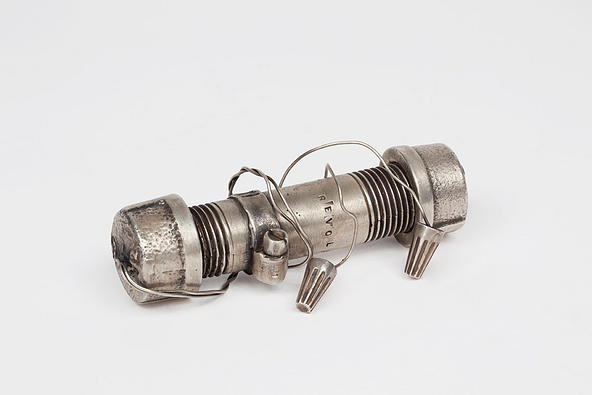 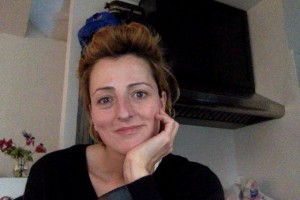 Lisa Kirk’s paintings, sculptures, videos, and installations express the artist’s preoccupations with the moral complexity of consumerism, collective fear and trauma, and radical politics. She has described her works as having a visual vocabulary that “references war, popular entertainment, middle-class American violence, and my sentiment of nostalgia for revolt,” admitting that her projects’ materials and process are frequently dissimilar from the others, but they are united by the way they address the human condition.

Her practice sometimes includes a performative element; in one instance, Kirk was present during an exhibition to offer aura readings and custom elixirs. Other works include a commercially available perfume named “Revolution,” which lists among its scents tear gas, blood, urine, smoke, and burned rubber. Kirk (b. 1967) lives in the Catskils and her work has been exhibited in institutions and galleries both domestically and internationally, including MoMA PS 1, Performa, New York; Galeria Comercial, PR; PARTICIPANT Inc., New York; and MOT International, London; among others. She has contributed projects to the 2009 PERFORMA Biennial, North Drive Press, and Creative Time, New York. Her work has been featured in The New York Times, Flash Art, Frieze, Art in America, The New Yorker, New York Magazine, and Art Review Magazine, among others.

can we tag some of the people and places that were mentioned ?