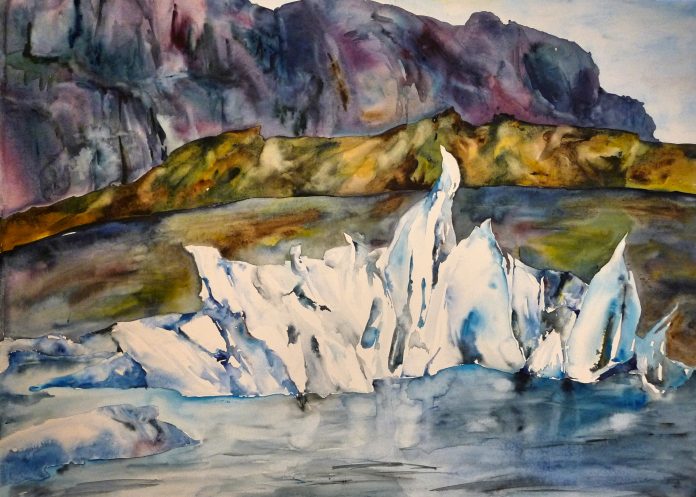 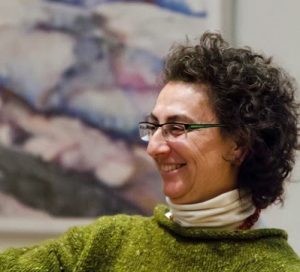 Lisa Goren was born in California and raised in NYC. And yet, she has dreamed of Polar landscapes since she was in her teens. Her first trip took her to Antarctica where she was inspired and captivated by the landscape. She has also traveled to Iceland, Alaska, and the High Arctic to increase her understanding of the Polar Regions. Her watercolors show an unfamiliar landscape in a new light. By using vibrant colors and taking risks with different surfaces, she makes the viewer reevaluate their understanding of both these landscapes and their beliefs in the potential of the medium. Her works create questions about the nature of abstraction and our planet as many of her pieces are representations of unfamiliar, threatened terrains.

Lisa’s work can be found in personal collections all over the world, from Australia to Iceland, and the United States. She was awarded a place on the 2013 voyage of The Arctic Circle, an artist residency sailing near the North Pole. This “trip of a lifetime” was chronicled in an article she wrote for the New York Times (http://nyti.ms/1PAO5mr) and led her to her next phase of her Polar work. She had two pieces in “Gaia – Les femmes et l’ecologie” in Paris to coincide with the COP21 Climate talks.

Lisa has been working out of Boston, Massachusetts for the past 25 years and is a board member of the National Association of Women Artists (Mass. Chapter). She was named Artist-in-Residence for the South Shore Art Association, 2016-2017.

The book mentioned the  is “South Pole Station” by Ashley Shelby.