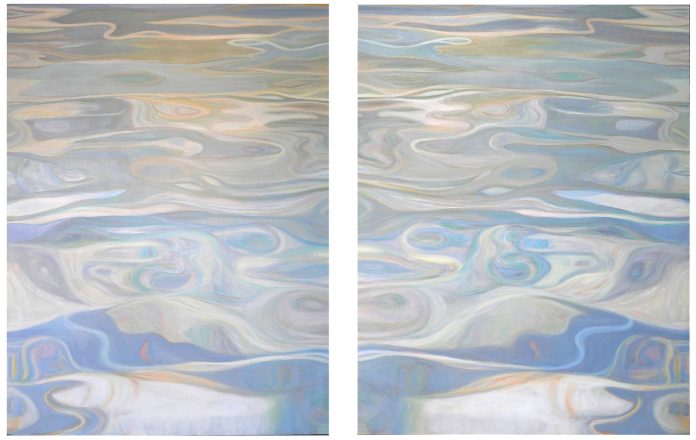 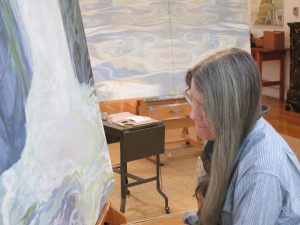 Fredericka Foster works in oil painting and photography. She was born in Seattle and has spent most of her life on, or near, water. This proximity gave rise to a deep, personal connection with water, amplified by her Buddhist studies and practice. This lifelong connection to water has deeply informed her paintings.

After receiving her B.A. in Art at the University of Washington, she studied and taught at The Factory of Visual Arts in Seattle, and eventually moved to New York. She currently lives in New York City and Seattle.

She has exhibited in the U.S., Europe, and Japan. Since 2002, she has had five solo painting exhibitions, called “Waterway,” at the Fischbach Gallery in New York City. She has also participated in many of their group shows.

From 2011 to 2012, Foster was guest curator of “The Value of Water” at the Cathedral of St. John the Divine in New York. She exhibited paintings other exhibitions there, “The Value of Food” in 2016 and “Christa” in 2017. She had a solo show of her Waterway paintings at The Beacon Institute of Rivers and Estuaries in 2014 and participated in the 2017 Clio Art Fair in New York.

Foster believes that the art experience involves a different way of knowing that can connect people intuitively and emotionally; increasing personal resiliency and encouraging positive change. In addition to curating and participating in the exhibits at St. John and BIRE, she has had many opportunities through her painting to be an advocate for water.

In April of 2017, she gave a talk at the Sage Assembly in Seattle, where she spoke to a group of two hundred and fifty scientists about water issues and solutions. Her presentation combined art, science, environmental issues and activism, and culminated in a performance “Exploring Catastrophe to Water Through Science and Art.”